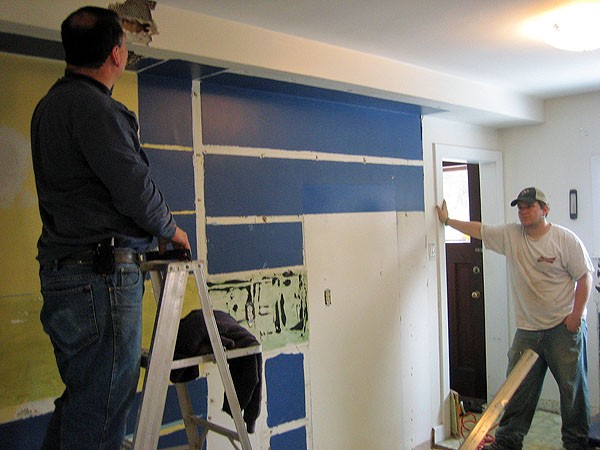 Conservative leader Stephen Harper has announced that his government, if reelected, will make permanent a home renovation tax credit, bringing back a popular recession-timed program and one that the renovation industry has long sought to be made permanent.

But there is a catch: It is an election promise, and will only be introduced when the government can afford it within its budget.

The new credit will rebate 5 per cent of the cost of renovations between $1,000 and $5,000. It has an estimated cost of $1.5 billion a year. “We’re targeting this for mid-mandate,” he said in a campaign stop speech.

The home building and renovation industry, represented by the Canadian Home Builders’ Association (CHBA), believes much of this additional cost will be recovered by cutting into the underground economy, as clearly the rebate will only be available on properly registered (and taxed) projects.

The CHBA said in a news release that was pleased that the importance of home renovation to the Canadian economy was recognized with the announcement of a proposed permanent Home Renovation Tax Credit. This is a measure that CHBA has long recommended to all national political parties as a policy that will help address affordability and combat the underground economy.

“We are glad that the importance of home renovation to the Canadian economy has been introduced into the election campaign. A permanent tax credit is sound policy for all Canadians, helping homeowners protect and add value to their homes, while also addressing the chronic problem of the underground ‘cash’ economy in home renovations and repairs,” noted CHBA CEO Kevin Lee.

CHBA has consistently advocated for a modest tax credit that would discourage homeowners from doing business with contractors who only work for cash, and who don’t provide proper contracts, insurance or written warranties to customers. “Tax credits that require homeowners to get receipts also help to protect them from ‘cash’ contractors who leave a trail of bad work and broken promises,” noted Lee.

CHBA has highlighted that a renovation tax credit is particularly important for first time homebuyers who are facing serious housing affordability challenges, noting that a tax credit to help them renovate “fixer uppers” is good for young families. It can also support energy efficiency improvements to lower energy bills.

“Housing issues are everyone’s issues, and CHBA hopes all parties will bring forward proposals that address the affordability challenges impacting Canadians who own homes today, and those younger people and families who hope to become homeowners in the future,” he added.

“Hopefully, this announcement will stimulate focus on housing issues by all parties,” he concluded.

Prompt payment legislation receives support from all parties, but is still...