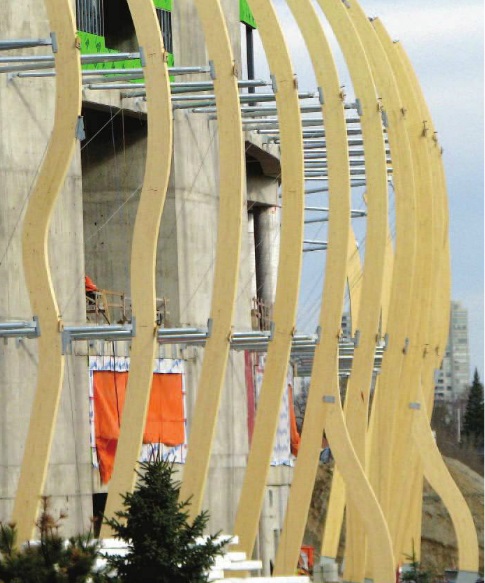 Progress continues at Lansdowne as work on the south stands’ veil continues and attention turns to the project’s finishing details.

Pomerleau’s project director Philippe Goulet said about half the primary members have been erected for the wooden veil and that lower-level connections are being completed.

Finishing work below the south stands has started including lighting for the office and team areas. 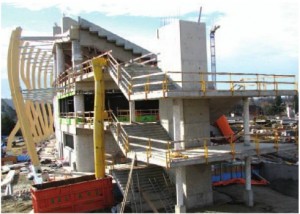 The sports field, intended to meet FIFA ratings, requires installation by an accredited company. LML from Montreal, which recently installed another field in the city, has been assigned this subcontract. 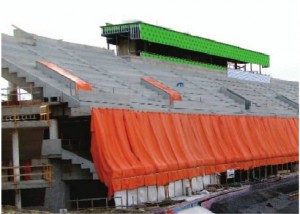 Most crews will likely be on the site for three-day weeks during the Christmas holiday season, depending on scheduling requirements.