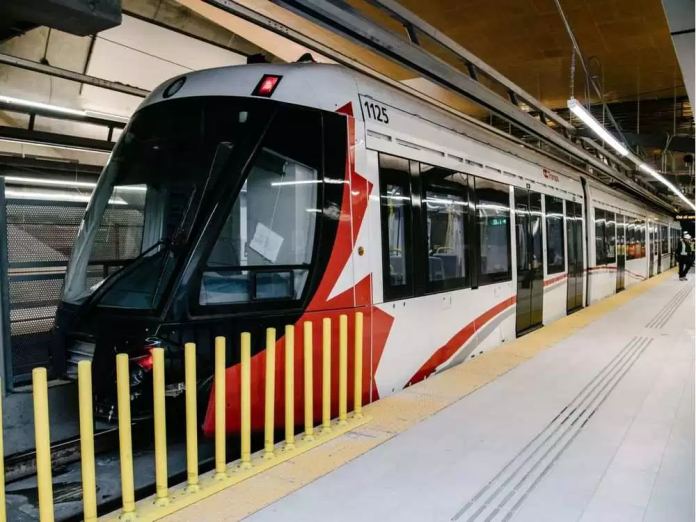 The question remains: Even as the City of Ottawa has signed contracts for the second phase of its massive Light Rail Transit system, when will the initial $2.1 billion, 12.5 kilometre first phase go into service.

Rideau Transit Group (RTG) had originally planned to complete the project at the end of May, 2018.  The project is now more than a year behind schedule.

The city’s contract with RTG allows the city to cancel the contract if it is this long overdue, but in a practical sense, that would not make any sense, since it would disrupt the final completion and ongoing maintenance provisions.

RTG had asked in May that the city to accept the project as being substantially complete, but an independent certifier said there is still work to be done on the trains.

Michael Morgan, director of the city’s construction program, wrote in a memo that a workshop ahas been held between “RTG and senior city staff to discuss the city’s opinion letter on substantial completion, and to confirm next steps.”

“The session was productive and there is general consensus on the work that is outstanding that needs to be completed in order to achieve substantial completion.”

At the end of May, the system’s stations have been completed, with finishing touches under-way, but the city believes the 34-train fleet isn’t ready for service, with problems such as jamming doors.

Some of the project’s delays relate to a sinkhole that opened up in June, 2016, right above the LRT tunnel, that swallowed a locksmith’s truck, requiring emergency road repairs. A watermain broke, flooding part of the tunnel.

Despite the incident, initially RTG and city officials expected the original deadline could be met, but that didn’t happen. A second deadline also passed in December, 2018, and a third one went by on March 31, 2019.

RTG says now it can deliver the system by the end of June. But that is not certain, and based on past delays, some doubt is reasonable.

With the disapproval of the initial request for certification of substantial completion and an uncertain handover, the consortium cannot collect its final $261 million payment under the contract. The city has penalized RTG by $2 million for the two previous missed deadlines.

When the project is indeed determined complete,  12-consecutive-days of testing must be completed before the handover.

Then the city needs time to get its systems ready and prepare for the beginning of actual revenue operations – an estimated four weeks, suggesting that the line might be open by August if RTG can deliver a problem-free rail system by the end of June.