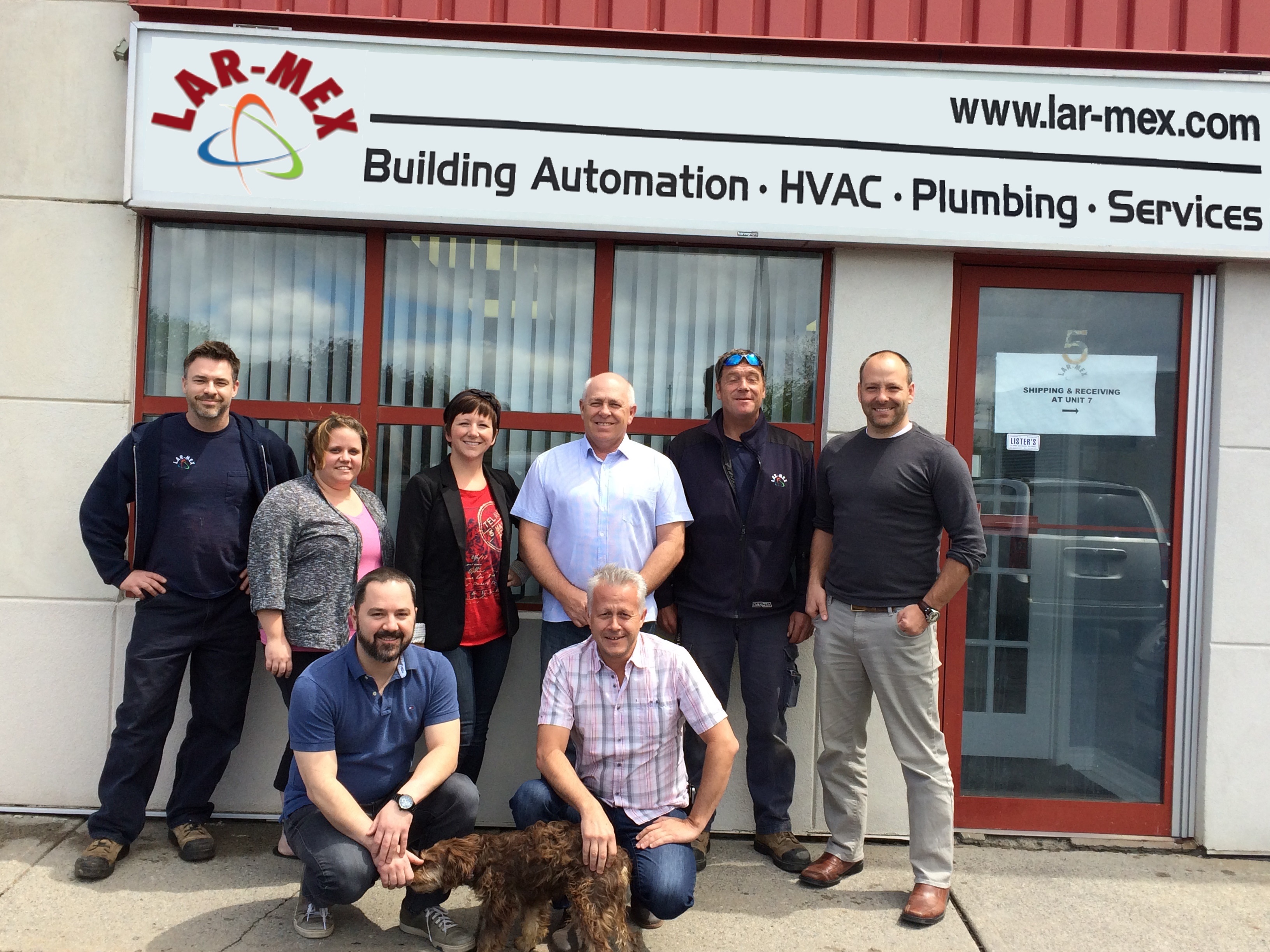 Daniel Chouinard is ready to Do THE RIDE on September 13. As a past participant in the event, formerly known as Ride the Rideau – he is returning as a first-time team captain and has rallied a new team from Lar-Mex, an HVAC service company based in Gloucester.

He says he was an occasional cyclist – ‘just for fun.’  But that changed for Daniel.

“I first joined the team to help raise money for research at The Ottawa Hospital. But then it became personal – when cancer hit my family,” he says. “Three years ago, my mom was diagnosed with cancer. She was well taken care of by The Ottawa Hospital. She had what she needed to be able to fight. She’s well now, and that makes this more personal for me.”

Now, he’s bringing his enthusiasm for THE RIDE to his new team: the Lar-Max Velocity, with nine members on board and counting. As a first-time team captain, Daniel says it was easy to get his colleagues on board.  Many already knew about the Ride and what it represents. What they liked most: that the money raised stays in Ottawa. “We’re putting together some barbecues and figuring out some creative ways to raise more money, together as a team,” he says. “We’re also making sure other companies and our suppliers know about it, too.”

Next on the agenda is whipping the team into shape! Daniel says having such a great network of cycling paths in the region makes it easier. They’re hitting the road for an hour every second or third day as a team. “I probably do a few more days by myself as well. I find it a great way to relax and relieve stress,” Daniel says. “I have friends who got on board to do this with me – and they’re not athletes – they want to do it – some for their own personal reasons – but we all want to make an impact.”

For Daniel and his team mates, the fight continues to hit closer to home. “The older you get – and I’m only 46 – more and more often you see cancer hit people you know,” he says. “It’s nice to know that in Ottawa we have doctors and researchers creating better treatments and working to find a cure.  Doing THE RIDE and raising money is our way of helping them get the job done.”

He has some words of wisdom for his teammates and any first-timers to THE RIDE: “When you hit that 90KM mark – and the pain hits – that’s when you start thinking about ‘why’ you’re doing it. I think of my Mom. It gives me strength I never thought I had,” Daniel says. “And the celebration afterward is great – you’re so proud of your accomplishment – not just finishing your ride, but knowing you’re part of something amazing!”

If you want to be part of something amazing, too, you can register as an individual, join a team or create a team of your own. All the information you need is at DoTheRide.ca.

Stephanie Egan is communications and marketing officer with The Ottawa Hospital Foundation.