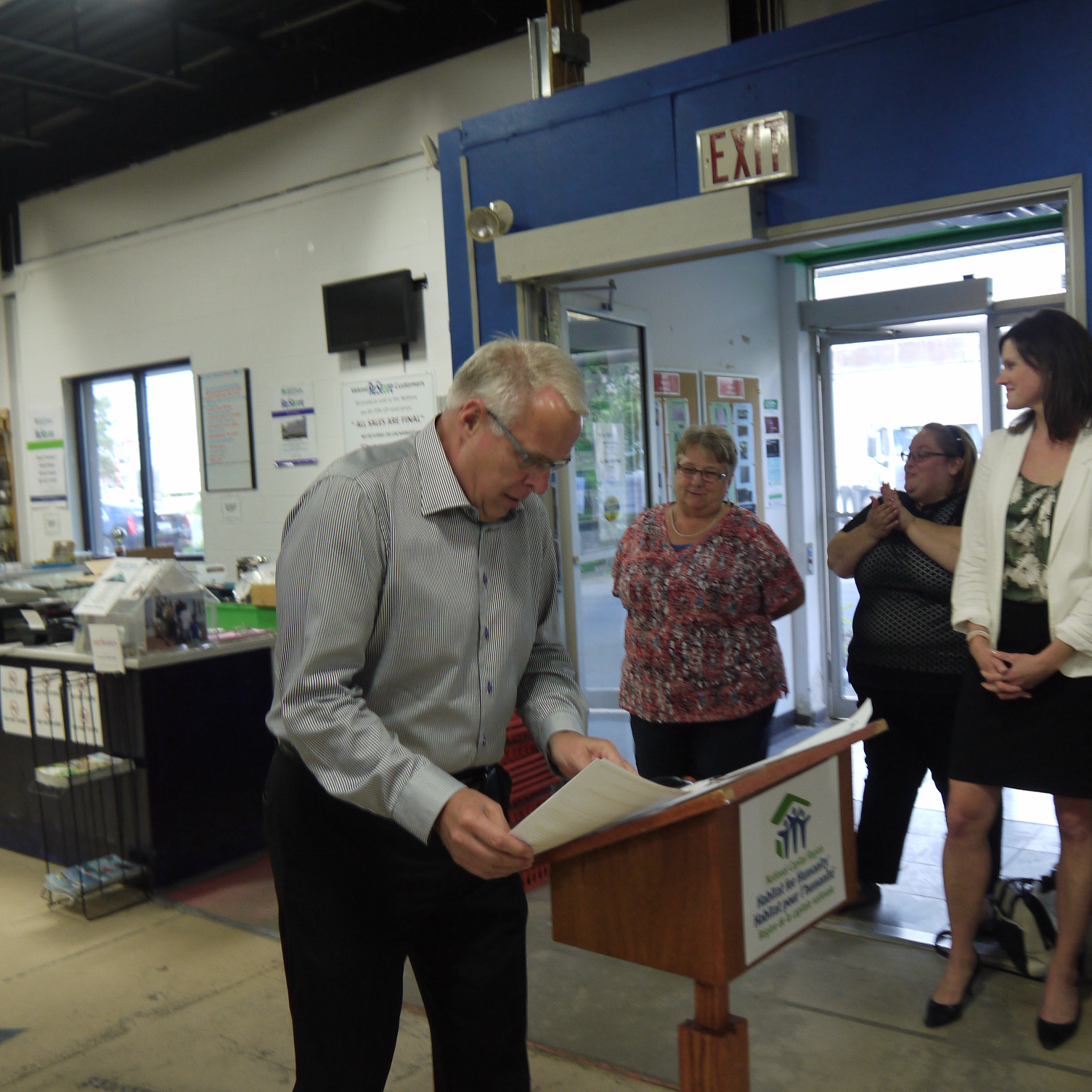 Habitat for Humanity’s Ottawa chapter has a new name and expanded geographical area.

This will allow the organization to serve a wider territory, with additional chapters in Carleton Place, Perth, Renfrew, Arnprior and Hawksbury, she said.

The organization, which provides low-cost home ownership opportunities through geared-to-income no-downpayment mortgages and sweat equity, has seen a surge of building activity as its resources and opportunities increase, with partnerships for special aboriginal and women’s builds.

The 2014 fund-raising highlight was the Blitz Build in co-operation with the Greater Ottawa Home Builders Association and Algonquin College, where volunteers constructed a home that later was sold – raising $270,000 for Habitat for Humanity.

Overall, she said volunteers contributed 21,193 hours on job sites, at the two Habitat ReStores, in the office and in community/fund raising initiatives.

ReStore sales of used and recycled building materials increased to $1.1 million.  However, these were offset to some degree by increased expenses, as the organization relocated its east-end location to 768 Belfast Rd. from its previous address on Walkley rd.