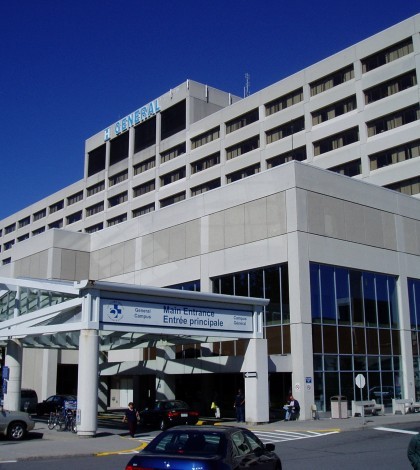 The Ottawa Hospital has asked the court to consolidate the lawsuit of one of the contractors it is suing, along with two former hospital managers.

In a motion, the hospital says the lawsuit by DRS Construction, filed in Nov. 2015, deals with the same issues as its own claim against the contractor and others for “broad fraud and conspiracy.”

DRS had sued, originally under the Construction Lien Act but later amended to a conventional claim, for close to $1.5 million for lost work, along with unpaid invoices dating to 2010.

Now the hospital has filed a motion with the Ontario Superior Court saying “the common facts, claims, disputes and relationships between the parties are so interwoven as to make separate actions and trials undesirable.

The hospital suit claims the companies gave kickbacks, including lavish fishing trips and discounted or free home renovation work to the two managers in return for “improper procurement advantages,” including influence over tenders as well as accepting “improper and inflated invoices” for no work or work that was not completed.

The earlier DRS lawsuit, for which a statement of defence has not yet been filed, itemizes slightly more than $1 million in unpaid invoices for jobs from February to October 2015 — when an independent auditor had been investigating the relationship between contractors and the director of engineering and operations Brock Marshall, and Frank Medwinitch, who had responsibility for its capital projects.

Conversely, these old invoices are discussed in the suit launched by the Ottawa Hospital under the heading “Improper Approval of Purported DRS Invoices.” The hospital suit, filed in January, claims the owner of DRS, Gerry Dubé, along with others “conspired and colluded together to essentially extort Marshall, in order to obtain Marshall’s approval to pay numerous unsupported and improper DRS invoices dating back to 2010.”

The hospital’s motion to consolidate the actions says  “the legitimacy of those (DRS) invoices is at issue.” As well, the hospital asserts that continuing the two suits separately “would be repetitious, expensive, cause delay, and give rise to duplicate evidence and the associated risks of inconsistent findings.”

A hearing on the hospital’s motion has been set for March.

The OMB review: Changes in procedures and authority could have significant...