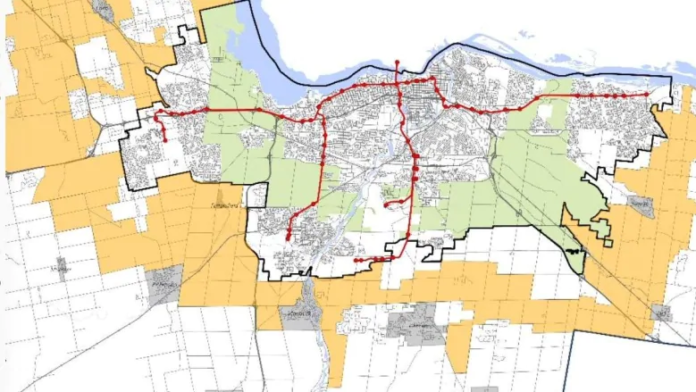 Ottawa’s planning and agriculture and rural affairs committee was to meet on Jan. 25 to consider which lands should be brought inside city’s urban boundary, in line with the growth management strategy that council adopted in May 2020.

Planning staff has scored blocks of land to accommodate new neighbourhoods, prioritizing those next to existing communities. Selected lands were further validated to encourage growth near existing commercial areas and existing or planned transit hubs.

“This report’s recommendations so perfectly position Ottawa to accommodate our projected population growth, said Councillor an Harder. “By focussing on completing communities, using current and future transit investments near built commercial areas and relying on existing infrastructure including our 400-series highways, our city will be ready for future development and 15-minute neighbourhoods.”

The report recommends approving 1,011 hectares of category 1 lands – those deemed to best meet evaluation criteria. It also lays out several options to identify an additional 270 hectares from parcels initially rated category 2 or 3, although such lands would need to meet certain conditions before they could be brought within the urban boundary in the future.

Staff have also recommended adding to Ottawa’s supply of vacant lands to accommodate industrial-related jobs. Staff recommend adding 140 hectares near Highway 417 at Carp Road and near Highway 416 at Barnsdale Road.

The amount of land being considered stems from the Provincial Policy Statement, which requires we maintain enough land to accommodate residential growth for at least 15 years. Staff review the land supply annually and report to council no later than 2026 to ensure supply remains compliant.

“Council approved a growth management strategy to deliver a measured expansion of our boundary and to enhance the formation of 15-minute neighbourhoods across our city,” said Mayor Jim Watson. “Later this year we hope to approve a new Official Plan, which will position Ottawa for success over the next quarter century.”

“I represent a rural ward and I’m particularly pleased with the proposal to establish a Gold Belt that would protect valuable agricultural resources and help ensure food security in this region,” said Councillor Eli El-Chantiry. “As the Agriculture and Rural Affairs Committee Chair, I recognize the need for our city to grow, but I’m encouraged that staff have recognized we have reasonable alternatives to do so without touching important agricultural lands.”

A draft of the New Official Plan is available for review and comment at ottawa.ca/newop until Wednesday, Feb.  17.