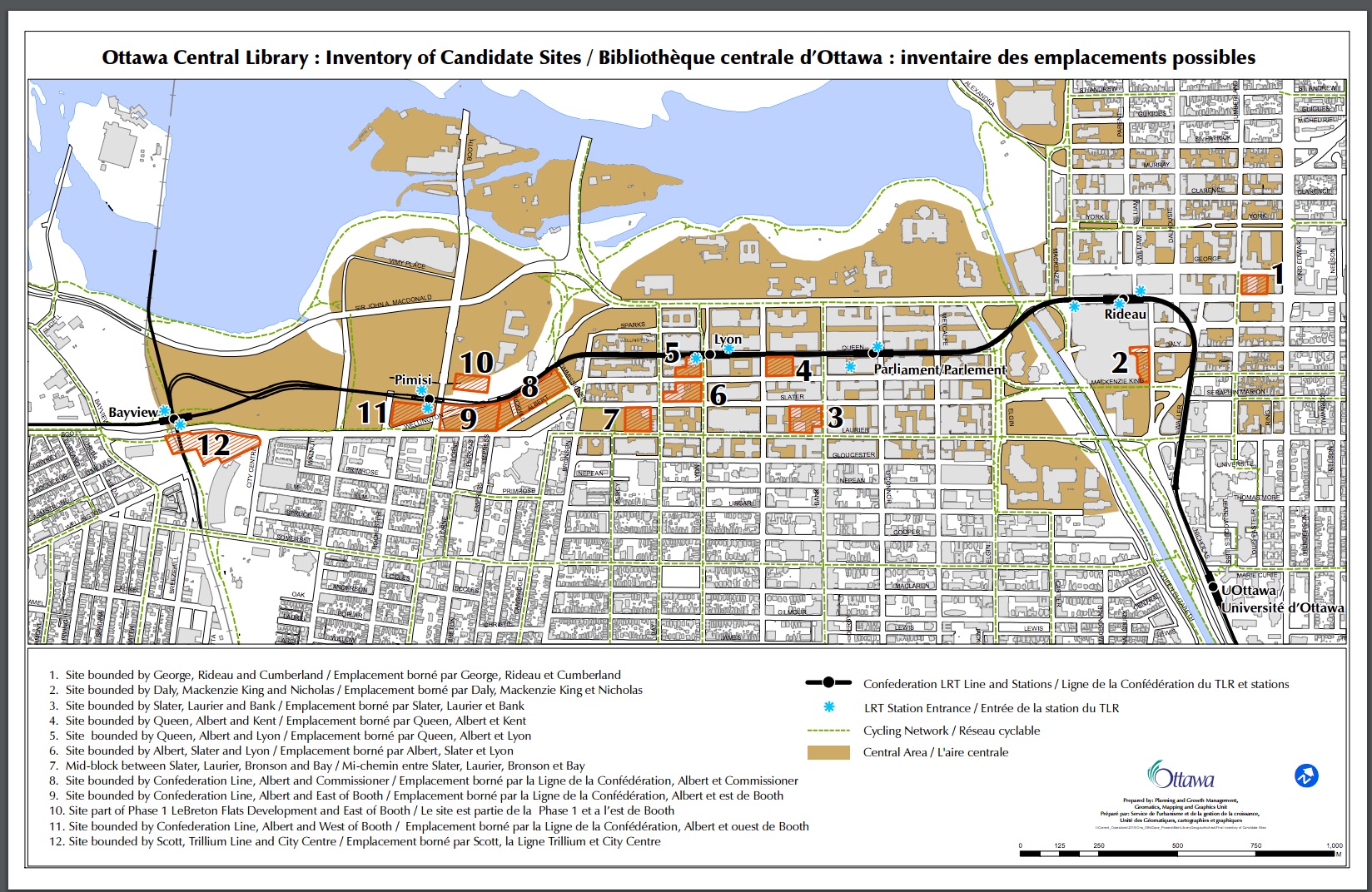 The Ottawa Public Library (OPL) in July released the list of candidate sites to be evaluated in the search for the best possible location for the new flagship Central Library.

Twelve sites, both publicly- and privately-owned, were identified by the City of Ottawa’s (City) Real Estate Partnerships and Development Office (REPDO). Eight sites were brought forward through the Request for Expressions of Interest process undertaken in the fall of 2015. A technical review identified three additional non-city owned sites plus one city-owned site for consideration. A public call-out for properties, conducted in May 2016, did not produce any sites.

For further details on the evaluation process see this reference documentation from the OPL.

The sites to be evaluated are:

A map of the candidate sites is available on the Central Library website.

Any interested property owners who would like to submit a site for consideration will have until 4 p.m. on July 20, to express interest to the City’s REPDO team.

The site evaluation committee, comprised of internal and external resources, will evaluate the candidate sites in August. Sites will be evaluated against two sets of criteria: one for the OPL stand-alone facility, and the other for the possible OPL-LAC joint facility. An independent Fairness Commissioner will monitor the process to ensure openness. The list of criteria, the committee members, and details on the evaluation process is available in the July 12, 2016 board report.

Recommendations on preferred site(s) will be presented to the Board for consideration and approval as part of a larger decision package by the end of the year. Council is the final decision-making authority on the location of the Central Library.

Groundbreaking for the Ottawa Central Library is expected in the spring of 2018 with official opening of a new iconic library in 2020.