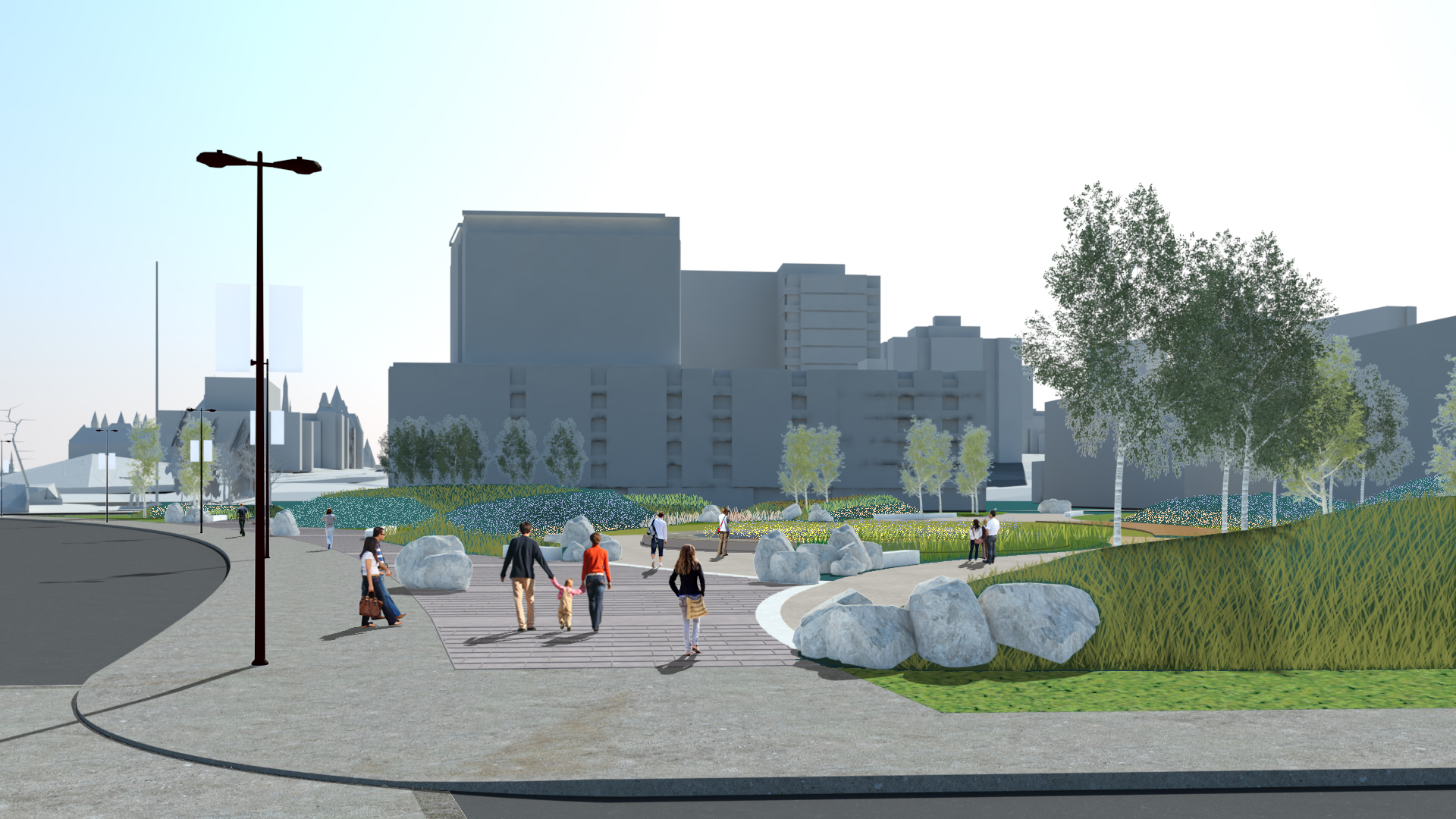 The National Capital Commission (NCC) will soon begin implementing interim improvements on lands at LeBreton Flats, adjacent to the Sir John A. Macdonald Pkwy. and Wellington St. at the Booth St. intersection. “The objective is to create a hub for connectivity, a place of serenity and tranquility. This space will include a new home for the Fleck/Ahearn Fountain, in a symbolic and low-maintenance setting with artistic horticultural design, interpretive elements and public art,” the NCC says.

“This is first and foremost a very exciting capital beautification initiative — developed in collaboration with Canadian Heritage, the Algonquin First Nations community and the public — which will greatly improve the gateway experience entering the Capital’s core area. It will also serve as a catalyst for the ongoing development of LeBreton Flats, bringing life and activity to the area.”

The NCC says the Harmony site concept, developed after extensive public consultations, “celebrates the Anishinabe (Algonquin) philosophy of living with nature and ‘looking after the earth,’ representing the important yet fragile balance between people and our living ecosystems, namely land, water and sky.”

The site includes a small, temporary plaza on the west side of Booth Street to display the  Fleck/Ahearn Fountain, originally erected in the late 1800s.

The NCC says the contract will be awarded this summer, with work completed in the fall, and installation of interpretive elements in June, 2016.