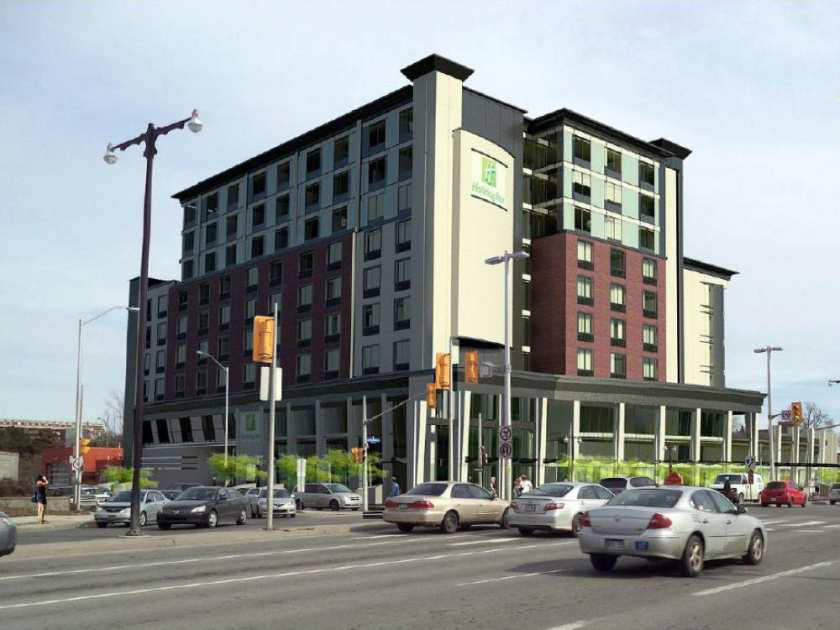 The new Holiday Inn will have 167 rooms, with a dining area and meeting space on the ground floor, according to plans submitted by Manor Park Management.

Construction of the nine-storey structure will begin in January, if the project’s requested site plan and minor zoning variances are approved.

“We were able to take advantage of all three sides of the property — and particularly the frontage along King Edward — to really make it a landmark redevelopment,” Dennis Jacobs, the private consultant who wrote the application, told The Ottawa Citizen.  Jacobs was also the city’s former planning policy chief.

“With the redevelopment that’s happening on King Edward, particularly things like La Nouvelle Scène, it’s bringing back King Edward to what it used to be, which was a very prestigious address,” Jacobs is quoted as saying.