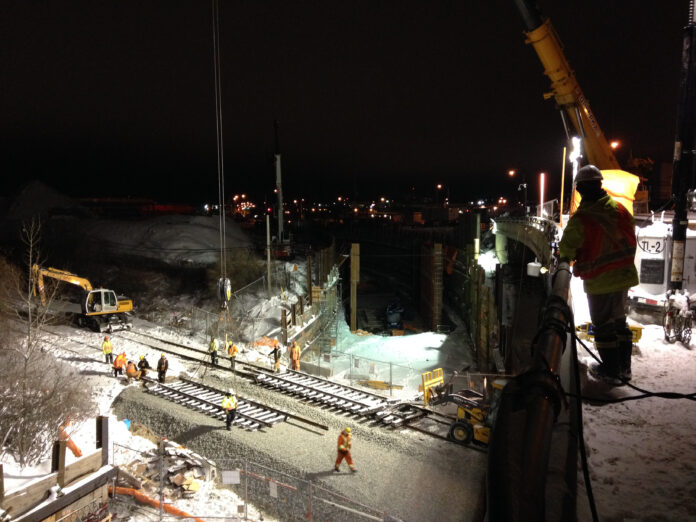 Construction litigation can be messy and expensive, and the results can take years to resolve.

The still-incomplete story relating to the legal fight between a shotcrete subcontractor and the builder of Ottawa’s Light Rail Transit (LRT) system appears to prove the point.

It took the newspaper several months to report on the statement of defence by the Rideau Transit Group (RTG) and its general contractor, OLRT Constructors, even though the related organizations filed their defence and counterclaim in April, just a month after the statement of claim was filed.

See the statement of defence and counterclaim here

The delay in publishing the response could, in part, be because of COVID-19’s impact on courthouse operations. Online tools introduced after the pandemic made it clear that there had been a response filed electronically (previously court documents could be obtained only in person at the courthouse counter).

Last week, provincial court officials provided Ontario Construction News with a copy of the PDF statement of defence and counterclaim originally filed last spring, which provided the basis for the Citizen’s follow-up report earlier this month.

Hardrock Concrete had almost a year ago filed its $12.8 million lawsuit, RTG and OLRT assert that the shotcrete subcontractor isn’t owed any money because, in part, the subcontractor failed to remit taxes to the Canada Revenue Agency as it left wages and union remittances unpaid.

As well OLRT and RTG are countersuing for more than $10 million in damages. They assert “major deficiencies” in Hardrock’s work that the business refused or failed to correct, requiring OLRT to spend an estimated $6.5 million to address the deficiencies.

The statement of defence and counterclaim also say that Hardrock also left the general contractor with damaged equipment, costs incurred because of excess rebound from sprayed concrete and overtime payments to work crews to try to overcome delays.

In its statement of claim against RTG, OLRT and the City of Ottawa, Schwenzer alleged Hardrock was owed more than $10.8 million for its Confederation Line work, which had been plagued by delays. The company incurred additional labour, material and other costs to complete the shotcrete installation, the claim added.

Hardrock also alleged the reputations of Schwenzer and his company had been irreparably damaged, the business of Hardrock Concrete “effectively destroyed” and that Schwenzer had suffered “anxiety and unnecessary stress” because of the defendants’ behaviour.

Hardrock was contracted to supply shotcrete (sprayed concrete) lining on the light-rail project for $4.7 million. OLRT says it entered into the agreement on or around March 4, 2016.

“Any and all delays to the project schedule, as defined in the subcontract, were the direct result of Hardrock’s inability to have the resources, manpower and financial means to complete the subcontract work within the time frame required under the subcontract,” the statement of defence says.

OLRT claims it paid Hardrock nearly $6 million, including payments to two locals of the Labourers’ International Union of North America (LiUNA) and to CRA.

The LiUNA locals sought $277,796.94 in December 2017 and another $140,577.28 in March 2018: amounts owed by Hardrock for unpaid wages and remittances, according to the statement of defence. Hardrock, they say, directed OLRT to pay the locals in full.

On or about Feb. 9, 2018, OLRT received requirements to pay from CRA “as a result of Hardrock’s failure to make necessary tax remittances,” they allege. As a result, OLRT made a payment of more than $496,000 to CRA.

“OLRTC maintains that there are no amounts owing to Hardrock, but, rather, Hardrock is indebted to OLRTC,” the statement of defence alleges.

The statement of defence asserts Hardrock is responsible for breaches of the subcontract, costs associated with completing and rectifying deficiencies in subcontract work and warranty obligations, and having to make payments to the union locals and CRA.

The Confederation Line LRT project had been plagued by delays and quality control problems, with service disruptions and trains not running at capacity, before it opened more than a year late in 2019. The City of Ottawa has withheld or reduced maintenance payments to the rail operator as a result.

Meanwhile the legal disputes between RTG, OLRT and suppliers/subtrades like Hardrock drag through the court system, and the legal pain continues.