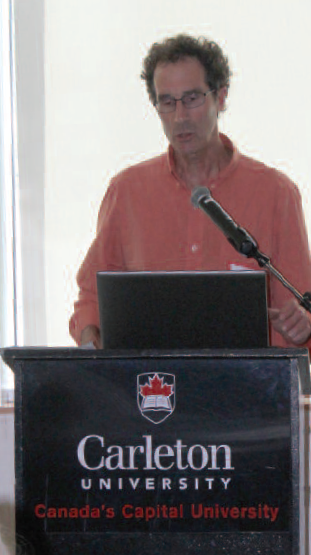 Provincial government officials have heard the message from home builders about inclusionary zoning and are moving in the direction to recognize that the new rules giving municipalities the option to require developers to set aside a certain amount of their new projects for affordable housing “can’t be pushed on the back of builders,” says Pierre Dufresne, the Greater Ottawa Home Builders’ Association (GOHBA) past-president.

Dufresne was speaking after an “information and consultation session on (an) inclusionary zoning framework for Ottawa and Ontario” at Carleton University in August. Representatives of the Alliance to End Homelessness Ottawa, the GOHBA, municipal officials and academics concerned with municipal policy planning attended the session.

Victor Doyle, manager, Provincial Planning Policy Branch of the Ministry of Municipal Affairs, told the meeting that provincial officials tasked with developing the inclusionary zoning rules understand that “if municipal obligations are too onerous, buildings won’t be built and we won’t achieve anything.”

After the meeting, Dufresne said “user groups and service providers have to be involved. There needs to be an offsetting benefit recognizing the costs of these units.”

These advantages could result from “increased density, waiving development charges and fees, modified engineering and construction standards, and hopefully use of public land to build these structures,” he said.

In his presentation, Doyle acknowledged that inclusionary zoning is only part of the answer to housing affordability. It cannot itself solve housing problems for the people who need the most support.

He said the proposed legislation gives the minister the authority to pass regulations to provide more detail – noting that regulations can be revised over time without going through the legislative or cabinet processes. This would include enabling the minister to mandate that municipalities implement inclusionary zoning – but that there are no plans to do that now.

He said the ministry wants to ensure affordability is maintained over a fairly long time. “If we are going to secure the units, we want to make sure they remain affordable,” he said. “One way or mechanism to secure affordability over time is the legislation would require municipalities to have developers to enter into agreements with them about how that affordability is maintained” – noting the proposed legislation includes the ability to require title registrations to bind future property owners.

He said at present the proposed legislation would not allow combining provisions of Section 37 of the Planning Act, where developers can approach municipalities to seek higher density and in turn the municipality could ask for certain benefits such as parkland, daycare or other community improvements.

“At this point, the bill does not let you apply inclusionary zoning and at the same time use Section 37 – as this could result in double dipping,” Doyle said. “We’ve been directed to see if there are certain circumstances where the tools could be used together.”

Doyle suggested municipalities may set different levels and limits for set-asides depending on the nature and size of the project, and the affordability level that needs to be achieved.

At present, the government isn’t interested in options that could allow builders to provide their inclusionary zoning units at different locations from the main development – in part because the concept is to promote mixed income buildings/projects while avoiding affordable housing ghettoization.

Restrictions on the ability to appeal inclusionary zoning rules to the Ontario Municipal Board could cause concerns to the industry, Dufresne said during the session. “There is no ability to challenge unreasonable municipal requirements.”

However, GOHBA executive director John Herbert said: “If we could come up with a bylaw where we can build affordable housing that doesn’t cost new homebuyers, then it would be acceptable to us.”

Dufresne said the GOHBA doesn’t know whether or how Ottawa will develop inclusionary zoning rules for the local market, but he is satisfied that planners and officials are taking into account the industry’s concerns and so it makes sense for the GOHBA to continue to work with housing advocates in developing a local inclusionary zoning bylaw.

Construction-industry backed THE RIDE fund-raiser for The Ottawa Hospital ends after...