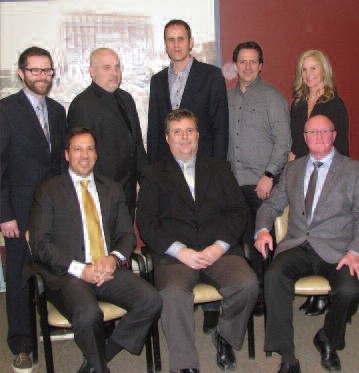 The General Contractors Association of Ottawa (GCAO) has reported on its efforts to ensure a fair and equitable tendering system in its annual report, saying that onerous tender documents and supplementary general conditions are causing many bids to be disqualified, unnecessarily raising the cost of work for government agencies.

“In 2015, the GCAO worked hard to promote industry standards in contract delivery and to defend fairness in tendering practices,” said outgoing president Jim Tsarouhas. “As always, there is a tendency for tendering authorities to tilt the risk transfer balance established in industry standard documentation with onerous supplemental general conditions.”

In his report, Codogno said Brookfield Global Integrated Solutions (BGIS), representing the federal government, has recently begun to issue a flurry of tenders requiring bidders to provide not only the tender form at closing, but appendices that include:

• a list of security information not only for the general contractor’s employees, but also all the subcontractors’ employees;

• three separate and independent references for similar previous projects in which the business owners indicate they would rehire the contractor for future work;

• a copy of the general contractor’s health and safety policy;

• a copy of the site specific health and safety plan for the project;

• a copy of the BGIS General Terms and Conditions Project Deliver/Wrap Up Insurance Program with every page initialed;

• an initialed copy of the BGIS Contractor Health, Safety and Environmental Policy Handbook;

• a blended Occupational Health and Safety Record (for all companies working on the project);

• proof of insurance with BGIS named as additional insured;

Codogno said the GCAO board is working with the OCA “in an attempt to have these onerous under closing conditions removed to have general contractors focus on providing the best possible pricing at time of tender.”

“We have heard from several members that recent BGIS tenders have had the majority of the submitted tenders disqualified” and in some cases all the tenders were disqualified. “This cannot be in the best financial interest of the public when the sixth or seventh placed tender is awarded the contract where a missed initial on a document or the security clearance number for subcontractors is not included due to last minute pricing received by the general contractor.”

As well Codogno said that in addition to what he described as “these onerous requirements,” BGIS doesn’t publish tender results or provide reasons why tenders are disqualified.

Other tender practice issues raised in 2015 include concerns about post qualification or two envelope systems.

Codogno said the GCAO wrote to Public Works and Government Services Canada (PWGSC) to express concern about “what amounted to a double qualification process for the Postal Station B Envelope Rehabilitation and Base Building Upgrade Project.”

“Given that the proponents had already passed Phase 1, which presumably established their ability to meet the requirements set by OPWGSC, GCAO asked why the Phase 2 proposals were being evaluated against subjective criteria and not solely on price. While PWGCS responded that they were looking for more information on the teams that were being envelope, they did not back down on the two envelop system.” Codogno reported that PWGSC has since contacted the association and has confirmed that it will arrange a meeting to discuss the issue.

In another issue, the GCAO wrote to the Ottawa Carleton District School Board (OCDCB) concerning several onerous supplementary general conditions (SGCs) on the Half Moon Bay Elementary School tender that “if enforced, could have been detrimental to the successful contractor.”

The SGCs included conditions that required the general contractor to conduct tests to of existing conditions “and that no claim would be accepted if the conditions could have been ascertained by such an investigation.” The OCDSB removed this condition after the GCAO objected, along with another condition that would have “removed the contractor’s ability to claim for unforeseen conditions.”

The new GCAO board of directors includes representatives from large, medium and small contractors.