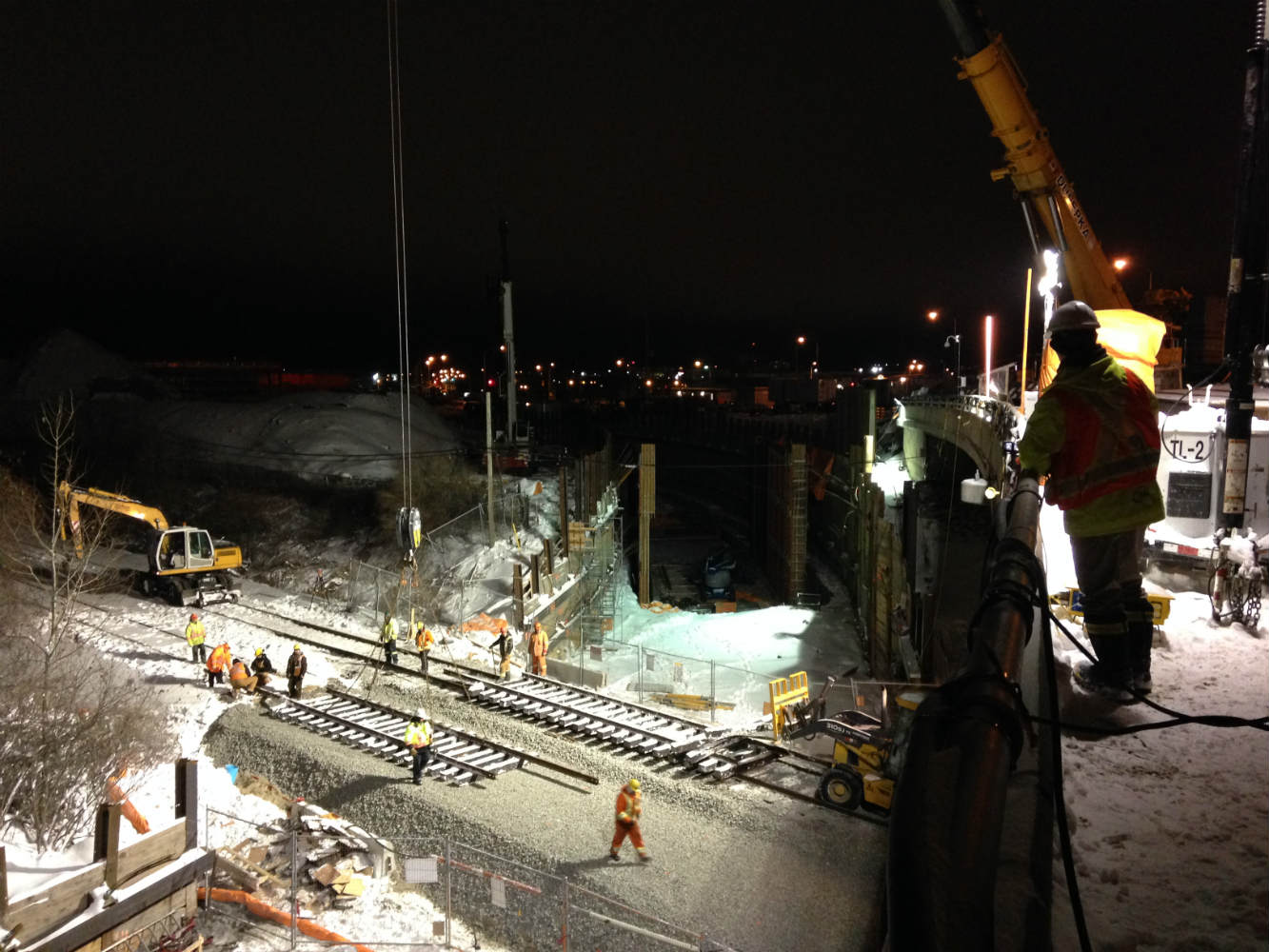 Construction progress continues on the $2.1 billion Confederation Line project with three downtown stations at varying stages of completion.  The City of Ottawa has provided these images to Ottawa Construction News.

In other developments, as the city unveiled a mock-up of the Alstrom Citadis Spirtlight rail vehicle at Lansdowne Park’s Aberdeen Pavilion, other upcoming activities include: