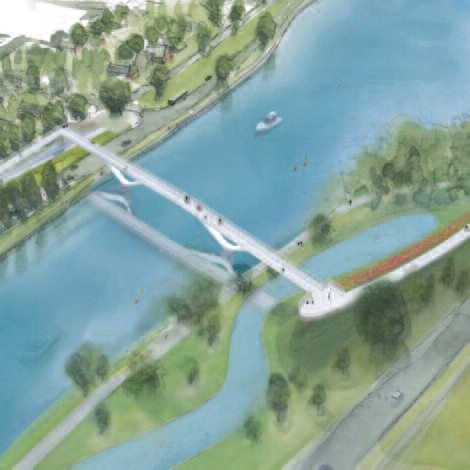 The federal government has announced $156 million funding for Ottawa transit projects, including $10.5 million for a new bike and pedestrian bridge over the Rideau Canal.

The government says the spending, part of a bilateral agreement between the federal and provincial governments, will result overall in more than $2.97 billion in funding. The federal government will provide $1.49 billion under the new Public Transit Infrastructure Fund, covering as much as 50 per cent of the funding for 57 projects under the agreement.

In addition to the bridge between Fifth Ave. and Clegg St., other significant funded items include $45 million for Stage 2 LRT engineering work and $20 million for two train sets.

More projects are also in the works.

“To reach this agreement, projects representing a significant portion of the total federal funding for transit needed to be identified,” the news release said. “The following projects have been approved for federal funding (throughout the province) amounting to $688,745,733 to date. With the agreement now in place, all eligible communities will be invited to nominate projects for funding beginning in early September.”

See the full list of projects in our online edition at
www.ottawaconstructionnews.ca.