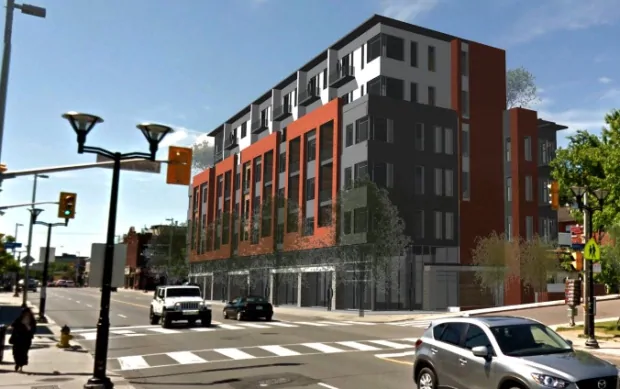 A new developer has proposed replacing the site of three Ottawa businesses with a six-storey, 41 unit apartment building in Old Ottawa South.

The proposed building, designed by KWC Architects Ltd., has been presented for public consultation but the developer hasn’t yet filed a development application with the city.

It is the company’s first major project.

Santaguida’s company, whose Vittoria Trattoria restaurant in the ByWard Market was heavily damaged by fire in April, owns two-thirds of the property, while the portion occupied by The Barley Mow is owned separately, CBC has reported.

Santaguida told the broadcaster that there is a plan to merge the properties, but stressed the project is in its very early stages, and could take years to come to fruition.

“The earliest we could do anything is 2022, assuming we get the approvals, and assuming there’s still the interest in rentals that there is today,” he said.

He said if the development proceeds, current tenants will be give at least a year’s notice and offered help to relocate. “We’re all community people,” he said. “My intention is not to be disruptive, it’s to have as minimal impact as possible.”

The development would include 7,500 sq. ft. of ground floor retail space, with 16 underground parking space for tenants.

Current zoning limits building heights in the area to 15 metres or four storeys, but the developer plans to ask for a variance to allow around 20 metres, the proposal says. Other variances would eliminate landscaping, provide just one visitor parking spot instead of four, and reduce the rear setback.

“Overall, this proposal is compatible with the intent of the bylaw,” the proposal says.

Some community members have objected to the variances, Capital ward Coun. Shawn Menard said after a June 10 public meeting requested by the developer. 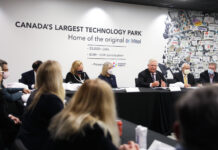