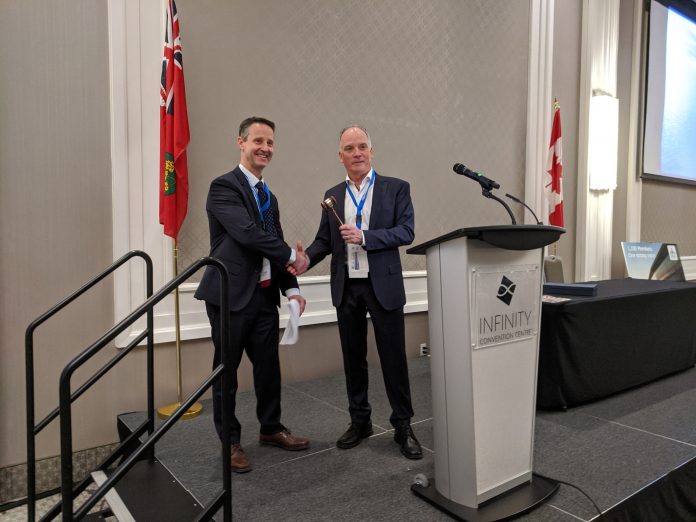 The Ottawa Construction Association (OCA)’s board of directors has elected Danny Dillon, president and CEO of the DILFO Group of Companies, as its 2020 chair.

Last year, there were more than $3 billion in building permits in Ottawa. “Local construction volume has risen by more than $1 billion since 2012 – a remarkable trend,” the association reported in its annual report.

“Of note, in this year’s month-by month permit reports; nine of 12 months of the year recorded permit values of more than $200 million, and two recorded values of more than $400 million. Needless to say, the work is coming from all over. It’s not just work on mega projects like light rail or parliament hill – both of which are significant contributors, of course. It’s also coming from work on apartment buildings, college facilities, government offices and retirement homes.”

In a statement on taking on the chairmanship from previous chair Wayne Jennings of Doran Contractors, Dillon said:  As chairman of the OCA, my aim is to support OCA’s growing focus on programs for member education.”

“I also believe strongly in the value of Lean principles in construction. I want to promote programs that will help members learn about Lean Principles and apply them in their business.”