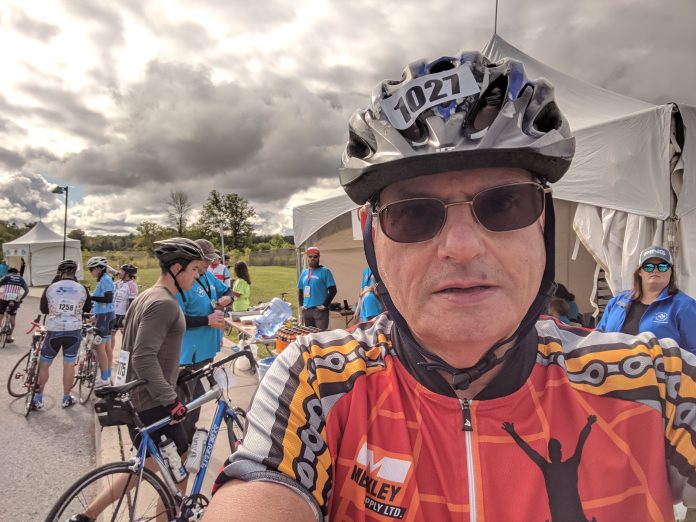 An Ottawa Hospital bicycling fund-raising event started a decade ago by a team of local construction and development industry leaders has come to an end.

“We understand that this news may come with mixed feelings, but you should be proud of what THE RIDE has accomplished because of your passion and dedication,” wrote Kelly Goulet, an associate vice-president at The Ottawa Hospital Foundation.

“Every event has its cycle,” she wrote. “After deep consideration and review of our full event experience, we wanted to share with you that THE RIDE, powered by Mattamy Homes, has come to its natural end.”

I first learned about THE RIDE (originally called Ride The Rideau), when building materials supplier Robert Merkley – one of my business’s longest-standing clients, urged me to get involved and contribute to the event in 2009. It is hard to say “no” to a supplier who makes a contribution request, but scheduling conflicts meant that the first year I could only support the project by paying some money.

The next year, in 2010, I decided to take on the more-than-100 km. cycling experience, on an ancient 10-speed that I had purchased used shortly after moving to Ottawa in 1981.

Needless to say, I wasn’t the fastest rider and every muscle in my body ached, but the experience hooked me on bicycling.

These days, I routinely commute 30-plus km. each day from my home to remote office on aa higher-end carbon bicycle – and have taken on other challenges, such as cycling hundreds of kilometres last summer in Austria, Hungary and Slovakia.

I’ve never had cancer, the original aim for THE RIDE’S charitable research efforts, but the experience and intense exercise has helped me to avert diabetes.

Merkley, along with Roger Greenberg from developer Minto Communities and plumbing/mechanical supplier Claude DesRosiers initiated THE RIDE after observing a similar fund-raising event in Toronto. A significant portion of the project’s contributors and fund-raisers have come from the industry including members of the Ottawa Construction Association (OCA) and the Greater Ottawa Home Builders’ Association (GOHBA).

In her email, Goulet said THE RIDE’s fund-raising supported initiatives including:

Goulet said that while THE RIDE is ending, the hospital has something in mind to replace the event. “Our wheels are already turning to bring you something new — something exciting,” she wrote. “Stay tuned, we’ll want you right by our side once again.”

Boone’s Parade of Products event: Not just another trade show…