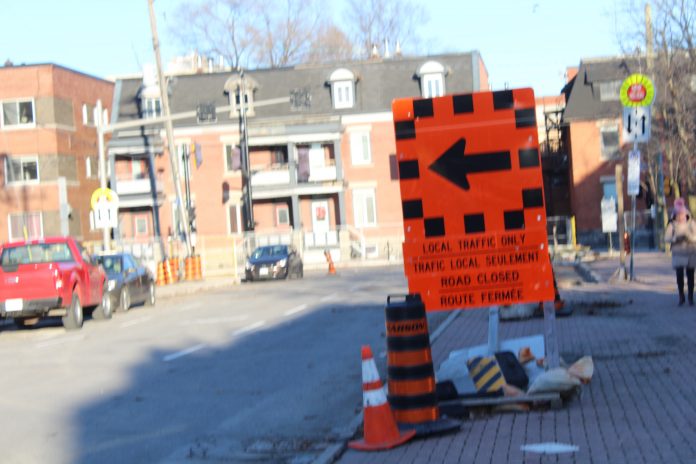 The City of Ottawa’s director of infrastructure services has provided a report to City Council outlining the scale and scope of some $1.5 billion in current projects; revealing the importance of municipal projects for the construction industry.

Alain Gonthier said in a memo released in late November that “Ottawa is experiencing unprecedented construction activity across many sectors.”

“This is positive from an employment and economic perspective, although it has created higher inflationary pressures and competition for a limited workforce,” he wrote. He said, despite these challenges, his department has delivered the majority of projects approved through the budget process.

Gonthier says the Infrastructure Services department has more than 500 active projects at different stages from implementation (from initiation to warranty closeout).

Projects under-way include the Flora Footbridge, the Chapel Hill Park and Ride, 50 parks across the city, “and a $51 million road resurfacing and preservation program.”

Other multi-year projects include:

The city recently reopened the street to vehicular traffic after it was closed through all of 2019 as this major reconstruction continues. “Work will resume in early 2020 with utility upgrades, including underground connections to properties and the removal of the existing wooden hydro poles along the west side of Elgin Street,” Gonthier wrote. “This will be followed by landscaping, sidewalks, streetlights, public art installation and top lift of asphalt, so that all construction will be complete by the end of the 2020 construction season as planned.”

This project, one of the largest underground works projects in the city’s history, has been partially funded with $124 million in federal and provincial government contributions ($62 million each).

“The project remains on budget and is scheduled to be commissioned in 2020, as planned, Gonthier wrote.

Architects have recently concluded public input design workshops. “The design reveal is planned for 2020, with more details to follow,” Gonthier wrote. “The project remains on schedule with construction contract award  2021, construction period from 2021 o 2024, and the building’s ready for use milestone (open to the public) in late 2024.”

The road widening of this southern artery between Maravista Drive and Jockville Road is expected to cost $113 million, with funds approved over several budget cycles from 2018 to 2021.

An advanced contract with watermain work and traffic improvements started in August 2019 was expected to have been completed by the end of November, Gonthier wrote. “The main contract will be tendered in spring 2020 when all approvals, including budget and agreements with VIA Rail Canada, are secured. The project is expected to be completed in 2023.

Work includes the renewal of watermains and sewers, as well as sidewalks and segregated cycle tracks between Vanier Parkway and St. Laurent. “The main project is in the procurement phase, with award subject to 2020 budget approval,” Gonthier wrote. “Major construction works will begin in 2020, with anticipated project completion in late 2022.”

Gonthier says the tender was recently awarded for this project, including a four lane road, segregated cycle lanes, sidewalks, a roundabout at Riverchase Drive, and a new bridge over the Carp River. “Construction will begin in late 2019/early 2020 and is expected to be completed in late 2021,” Gonthier wrote.

Work is under-way on this project, which is expected to be completed by the end of summer 2020.

Work here includes streetscaping, segregated cycle lanes and the renewal of the William Street Plaza, on the downtowns street between Sussex Drive and Dalhousie Street. Gonthier says construction is expected to start in the summer. 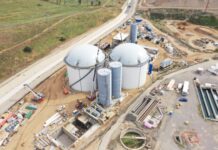