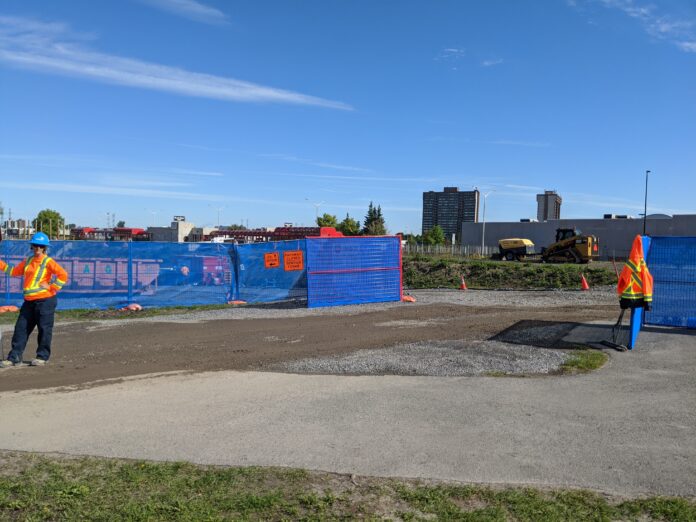 Seven rail bridges south of Greenboro Station are under construction and work is underway for grade separation with the VIA Rail line, the committee learned at its Sept. 1 meeting.

“Construction of the flyover rail bridge east of Blair Road and the Highway 174 overpass bridge at the Montreal Road interchange are progressing. In the west, construction is underway on the split structure bridge south of Lincoln Fields Station, which will allow the LRT to continue to Moodie and Baseline stations.”

Early work to build two tunnels as part of the western alignment is also underway.

The committee approved hiring KPMG to review the project’s procurement process “After assessing the Auditor General’s recommendations against best practices and meeting with councillors to get their perspective on the process, KMPG would report to the committee early next year, recommending best practices for the procurement of future projects,” the city said in a statement.

Recommendations from the meeting will rise to Council on Wednesday.

The East West Connectors consortium, led by Vinci Group headquartered in France, and Omaha-based Kiewit, is building the east and west extensions to the Confederation LRT line for $2.57 billion, about $600 million greater than the amount originally projected by the city. Other participants include WSP Canada and Hatch Ltd., responsible for design and engineering work.

Manulife Investment Management acquires of 10 acres of industrial land in...