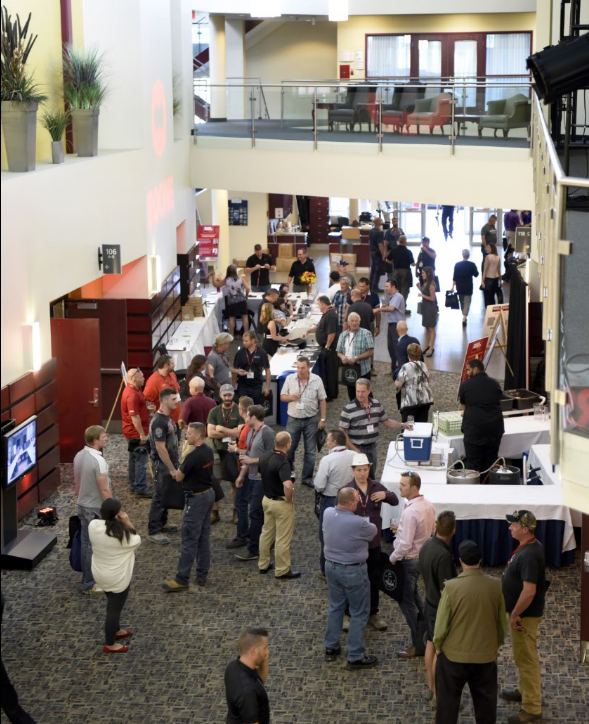 Approximately 1,100 exhibitors and guests attended Boone’s Parade of Products on Sept. 21, enjoying some free food, networking, refreshments and, for some, a chance to learn about the overall economic environment and how to enhance their business operations.

Claude DesRosiers, Boone’s vice-president and general manager, says the bi-annual event at the Ottawa Conference and Event Centre provides clients and suppliers an opportunity to learn about opportunities, products, trends and new ideas. 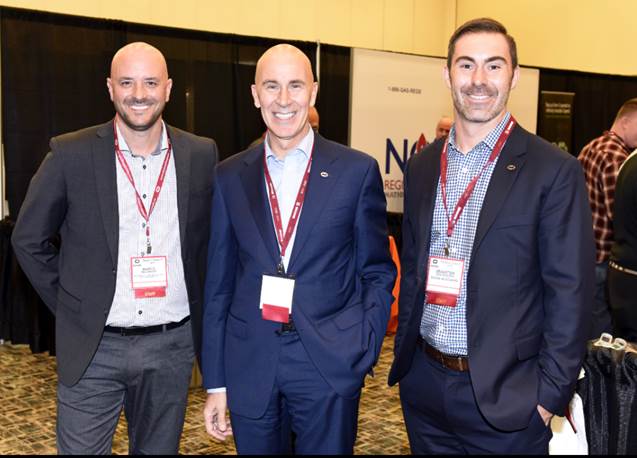 He said overall, the Ontario economy is doing well with lower oil prices driving down the Canadian dollar, which enhances export-based manufacturing business. “The growth in the Ontario Gross Domestic Product is about 2.2 per cent, the third year in the row that the growth is more than 2.5 per cent.”

“When you read the newspaper, the economy doesn’t seem to be doing well, but in Ontario it is actually doing quite well.” (However, he said the story isn’t as positive in oil-dependent provinces including Alberta, Saskatchewan and Newfoundland, which are experiencing recessions.)

In the construction sector locally, he said thin the non-residential side, it is “positive in 2016 and even better in 2017,” but this is from a negative growth environment last year. “This year, the growth is almost zero, but this is better than last year.”
“The housing market is slowing down,” he said. “Now that the market is a bit more stable, there is an oversupply in the region. It’s not a bad market, but not as strong as we experienced here.”

He said the BDC has analyzed which business have done better and grown more rapidly than the average and discovered three key elements to success:

They build their talent pool
Cleroux said 85 per cent of the fastest-growing businesses “invest in workforce training.
“We have an aging population in Canada. Not as many people are entering the workforce. It is getting more and more difficult to hire people.

They innovate more than other companies
“They offer new products and services more often, adopt new technology more quickly, and they improve their processes and enhance efficiency,” Cleroux said.

They invest more
Cleroux said 75 per cent of growing Canadian businesses invest in facilities, equipment and advanced technologies.”
“I believe as an economist that they are right,” he said. We have all the reason to be confident in the economy and that growth will be sustained.”

Earlier in the day, Andrew Houston, founder of Profit for Contractors, spoke about systems “that result in maximum profits on every job, every time.”