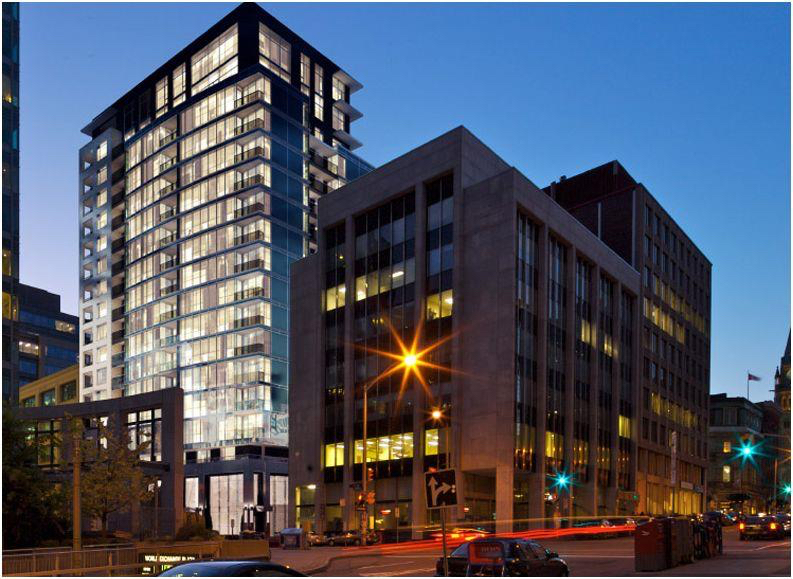 Ashcroft is starting work, after several delays, on a Sparks St. development on land owned by the National Capital Commission (NCC).

The developer has been discussing the development of the site known as Canlands A, between Sparks and Queen streets, west of Metcalfe St., since 2016 and had previously announced that the development would commence in 2011 and be completed in 2013.  However, things slowed in part because of the requirement to apply for a series of NCC development permits, including considering the Sparks St. heritage.

The project to be completed by 2018, called re Residences, includes two buildings, one six storeys and the other 16, with 92 condominiums and 110 luxury rental suites designed for longer stays (with kitchens). There is also a plan for a “fine dining” restaurant on Queen St. and 6,000 sq. ft. of retail along Sparks St.

Ashcroft president David Choo has been quoted in Ottawa Business Journal as saying that  more than 70 per cent of the units have been pre-sold, including buyers from the first sales period whose original prices will be honoured. However, many of those first buyers have since moved on, opening up many units with the development’s parliamentary views.

“This site has always been an iconic piece of Canadian real estate,” he says, adding he hopes the project will revitalize the Sparks St. area.

“When it’s finished, I think the public will get a chance to vote and say whether they think David Choo got it right,” he says.