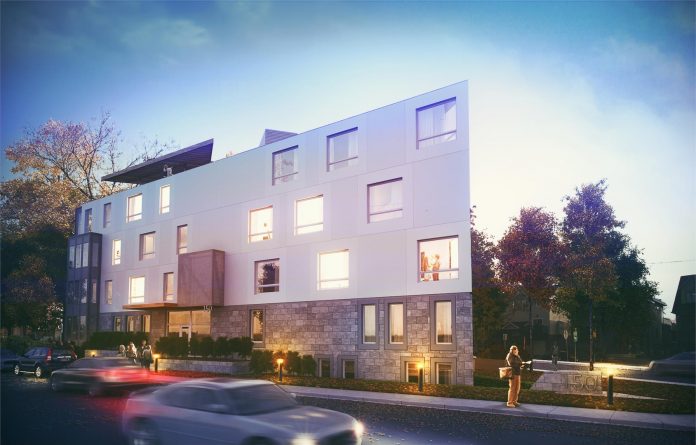 Ottawa’s construction industry has started 2018 with a booming increase in building permit volume, at last compared to the last two years.

There are a diversity of projects in the January totals, with the top five permits including a school, two apartment buildings, and two office projects.

The Ottawa Catholic School District expects the new Kanata North Elementary School to be ready for the start of the next school year in September.

The school, on a 6.52 acre site on the south side of Terry Fox Dr., will have the capacity to accommodate 461 students.

Claridge Homes has received a foundation permit for  a 27 storey apartment building with five levels of underground parking.

This permit for the Centretown Community Health Centre includes interior alterations to the ground floor of a nine-storey office building.

Another piece of the conversion of the former Nortel site into the Department of National Defence headquarters, this project involves interior alterations to all floors of a five storey office building (Building 5).

The Independent Development Group is building a four storey, 23 unit  low rise apartment building, with 19,899 sq. ft. The developer reports the project, called Canal Lofts, has sold out all of its units.