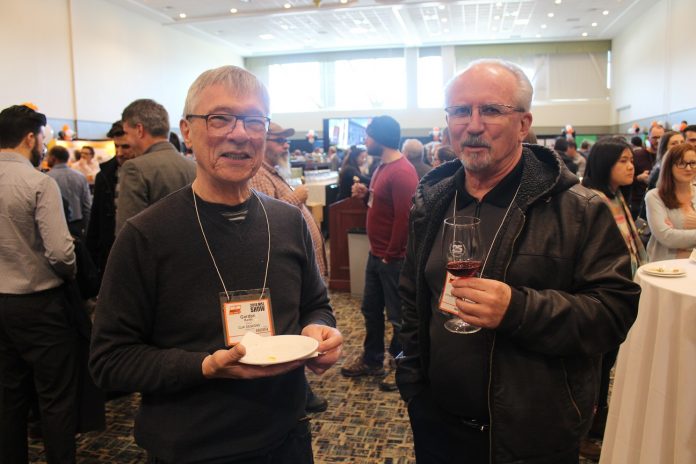 Merkley started the show in 1991, as commercial show organizers competed to provide construction industry trade events in Ottawa in open events funded by exhibitor rentals. He decided to do some things differently.

First, he ensured the show would be “invitation only,” with invitations issued only to individuals participating in the local architectural, engineering and construction community. Second, while he encouraged suppliers to pay a fee to exhibit to recoup costs, he didn’t conduct the show as a profit-making event, plowing the revenue (and his company’s own resources) into amenities including full buffet-style meal service and an open bar for those who received the coveted invitations.

The show became an instant success. Merkley added seminars and instructional programs provided by exhibitors who are also MSL suppliers. The combination of food, refreshments, and the networking effect with everyone from masonry contractors to senior architects in attendance has fueled the show’s growth, and the relocation from a smaller catering hall to the larger Coventry Rd. convention centre site.

This year’s show lived up to expectations – meaning the industry will undoubtedly look forward to the next MSL Show in March, 2019.