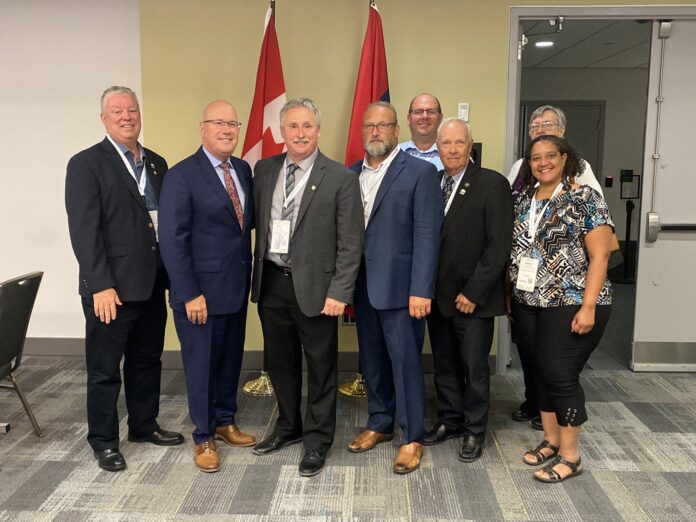 ’We’ve all seen recent media reports of cancelled contracts for new homes – some for legitimate reasons, but others for clearly unethical ones,” Clark said. “This is unfair and wrong, and we are actively working to stop it from happening again.

Last November, the Premier vowed to stop developers from trying to unfairly make extra money off the backs of hard-working people.

“We unequivocally expect all builders to operate in a professional manner, with fairness, honesty and integrity towards consumers,” Clark said, citing strengthened regulatory tools available to address the behaviour, including in the New Home Construction Licensing Act and the More Homes for Everyone Act.

“These measures include much heftier fines for builders who try to rip off homebuyers, as well as enhanced powers so the Home Construction Regulatory Authority can proactively investigate potential bad behaviour on the part of developers,” he said.

“On top of this, we’re protecting consumers by ensuring the deposits they put down for pre-construction condominiums are returned with interest at the Bank of Canada rate in case a project is cancelled.”

Penalties and reparations could cost unlawful developers hundreds of thousands of dollars on a single home, as well as the loss of their builder’s licence. Penalties are retroactive, which means developers who acted unethically prior to the regulations coming into force will still be held accountable.

“These measures will make any predatory builders think twice before trying to rip off an Ontario homebuyer, and we are keeping a close eye to ensure they have the intended effect,” Clark said.

The minister was speaking at the Association of Municipalities of Ontario (AMO) conference in Ottawa where he told municipal leaders the province is focused on building more houses and “intends to work cooperatively with local governments to achieve that goal”.

“Our government was re-elected with a strong mandate to help more Ontarians find a home that meets their needs and budget,” he said. “Ontario cannot tackle the housing crisis on its own – Municipal councils play a crucial role in increasing housing supply.

“The message has been clear – municipalities need the tools and flexibility to get shovels in the ground faster on priority projects, especially housing.”

More than one-third of Ontario’s growth over the next decade is expected to be in Toronto and Ottawa and Premier Ford has introduced legislation to grant additional powers to mayors in those to cities.

“We want to empower our municipal partners to be able to get things done,” Clark said.

Last week,  Clark announced that Mayor of Windsor Drew Dilkens will chair the implementation team, with Cheryl Fort, Mayor of Hornepayne, as vice-chair.

Also, a new tool – the Community Infrastructure and Housing Accelerator will be implemented to help fast-track critical local projects, like housing and long-term care homes.

Ontario’s Building Code has been updated “to unlock housing, reduce barriers, and get all kinds of housing built faster,” Clark told the crowd.

“For example, we made it easier to use innovative construction materials and techniques that can save time and money… and we’re allowing more residents and commercial tenants to safely occupy the lower floors of super tall buildings – like condominiums and rental buildings – sooner.”

Municipal building departments can also design and administer their own internship programs to help develop a pipeline of new building officials to better support construction activity.