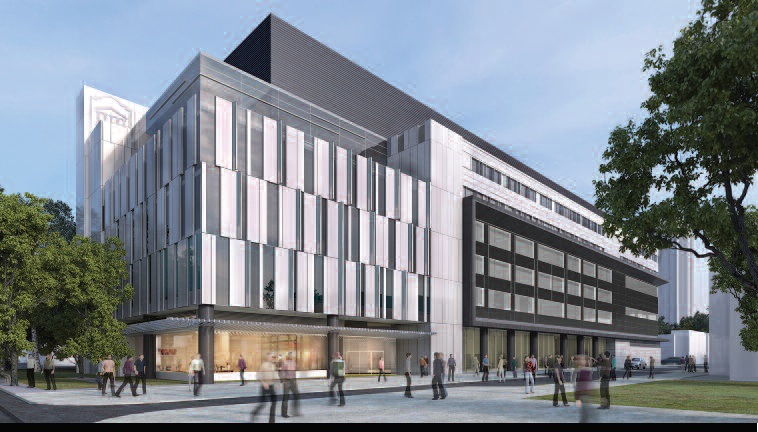 1970 – First contract outside the Beauce region – CFB Valcartier Hospital and the first in a series of 60 hospitals to be built, renovated or enlarged.

1975 – Real estate division Les Entreprises HLP inc. is created. First contract in Montreal, QC, for the construction of low-income housing in the borough of Pointe-aux-Trembles.

1977 – Creation of Ébenisterie Beaubois ltée, specialist in the manufacture and installation of built-in furniture and fine architectural woodwork.

1983 – First major project in civil engineering: 75,000 m3 of concrete is poured at the Reynolds smelter in Baie-Comeau, QC.

1995 – Project management contract awarded for the construction of the Canadian Embassy in Algiers, Algeria.

2001 – Chooses Ottawa, ON, as the location for its third regional office and its first outside of Quebec.

2003 – Settles permanently in the Atlantic provinces by opening an office in Halifax, NS.

2007 – Acquires the assets and staff of Genivar Construction Inc., a division of Genivar Inc. First major design-build contract in the Atlantic region for the construction of Halifax Harbour Solutions, three rainwater and wastewater treatment plants.

2012 – Acquires Neilson Inc., expanding its range of services to include the heavy civil market.

At any given time, Pomerleau is working on more than 125 different projects across the country. Here are some of its current and recently completed projects:

The $83 million six-storey Learning Centre at the University of Ottawa will be a stateof- the-art teaching space and hub for the campus when it opens for the fall of 2017.

Comprised of two 350-seat lecture halls, and 26 classrooms, including five with cutting- edge multimedia tools and 800 study spaces that will allow 24-hour access, it will also include a 350-seat food court.

Molecular Imaging Facility in St. John’s Constructed at the Health Sciences Complex in St. John’s, the $25 million Molecular Imaging Facility will consolidate Eastern Health’s nuclear medicine services and add the province’s first PET/CT scanner and medical cyclotron, all under one roof. The facility, designed to meet LEED Silver certification, is expected to open in 2016.

The Alexander Located in Halifax, The Alexander is a 19- storey high-rise condominium development located along the Halifax waterfront. Part of a $30 million waterfront revitalization, the project will include 240 luxury apartments, 6,500 sq. ft. of commercial space on a 35,000 sq. ft. site, plus the construction of a 10,000 sq. ft. public plaza. 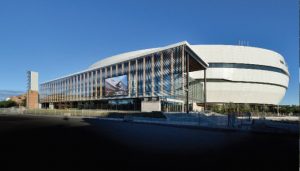 , the arena is the second largest in Quebec and designed for multiple configurations to suit a variety of functions.