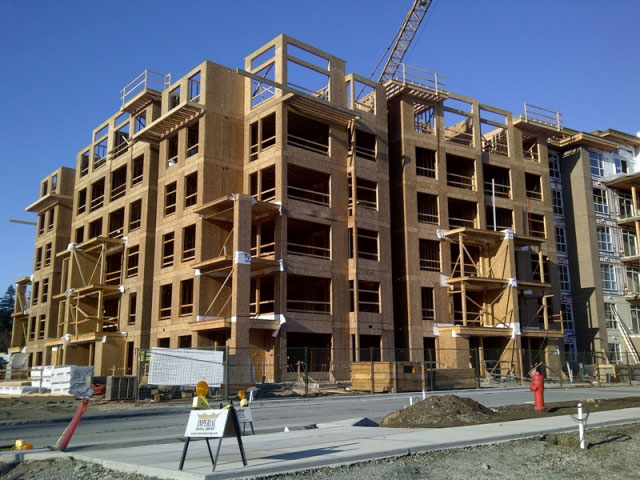 The Canadian Wood Council (CWC) has applauded the move, but the government’s proposed changes include special provisions to enhance fire safety and these regulations will make it harder and more expensive to implement wood construction than elsewhere, especially British Columbia, which has allowed mid-rise wood construction for about five years.

The Ministry of Municipal Affairs and Housing has published a guide to proposed changes to the building code and is inviting comments until May 4.

“We welcome Ontario’s announcement that it will undertake a regulatory review of the implications of adopting wood-frame construction in five- and six-storey applications,” said CWC president and CEO Michael Giroux. “We look forward to supporting this review process with the knowledge and expertise gained from years of designing and constructing these types of buildings in British Columbia and elsewhere in North America. Our goal is to ensure that wood products and building systems are fairly represented in the Ontario Building Code and ensure a level playing field for all structural products.”

The CWC says changes to the Ontario Building Code would be similar to changes made to the British Columbia Building Code in 2009, which had an immediate impact on the local economy. “With B.C. as a case study, Ontario builders are presented with a viable code compliant construction option that meets safety, health, accessibility, as well as fire and structural requirements in the code,” the CWC news release says.

Jeff Armstrong, general manager of the DAC Division at Kott Group in Ottawa said the mid-rise wood structures are most economically built with prefabricated panels.  Cost savings are significant, making infill wood structures feasible.  “Savings are $20 to 25 per square foot, or 10 to 15 per cent less than concrete,” he said.

The proposed building code changes, however, have some challenges including fire safety/prevention measures that will make it harder to use the wood option effectively, he said.

For example, there is a requirement for a significant open perimeter – meaning that it will not be possible to build to the lot line in urban areas, if the revisions are approved as proposed.  As well, there is a requirement for “non-combustable stairwells with a fire resistance rating of at least 1.5 hours,” he said.  This will require the mixing of wood and other building materials, resulting in higher costs and engineering/structural issues.  “The behaviour of buildings under lateral load is very different when you have concrete stairwells.”

Nevertheless, Armstrong said mid-rise wood construction has been successful in BC, and Ontario builders will have the advantage of learning from experience and errors in the western province.  He said “153 projects have been built or are in the pipeline.  Many builders are on their third or fourth mid-rise wood project.”

The CWC, meanwhile, says the added height and area of these buildings creates new opportunities for architects and developers to deliver projects that best fit their overall vision and design. “And by providing a reduced carbon footprint in the construction of mid-rise buildings, wood offers a sustainable and environmentally friendly solution to Ontario home builders,” the news release says.

“We are very happy with the code changes announced today,” said Marianne Berube, executive director of the Ontario WoodWORKS! Project. “They are the result of a lengthy, carefully considered process that has involved a great deal of consultation and input from all stakeholders. These changes offer new opportunities to meeting urban densification plans and create more affordable housing. We look forward to the innovative niche market for mid-rise buildings that will be created by these changes.”

For more information about the proposed changes, see http://www.ontariocanada.com/registry/view.do?postingId=15462 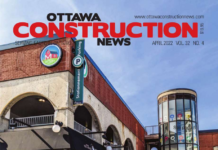