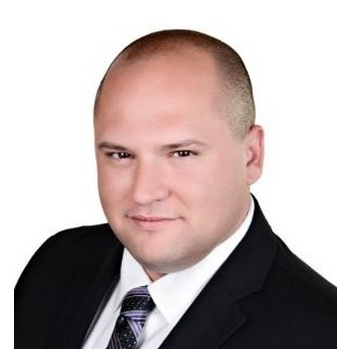 Two of the most common questions posed by business owners of their advisors are: “How do I reduce my taxes and what happens upon my death?” As a result of the importance of these concerns, one of the most commonly employed strategies for estate and general tax planning has traditionally been the estate freeze.  The estate freeze is particularly attractive to business owners as it allows for tax savings through current and future income splitting, as well as facilitating estate planning and business succession objectives.

How does an estate freeze work?

At its simplest level, an estate freeze is a restructuring transaction whereby the value of a shareholder’s interest in a corporation is frozen”at its current fair market value.

What are the advantages?

The estate freeze transaction allows the shareholder to choose the value at which the freeze will occur (within a specified range). Assuming that the shares being frozen qualify as shares of a qualified small business corporation, it is common practice to choose a value for the freeze to occur at a rate that is sufficient to realize a capital gain in the amount of available lifetime capital gains exemption room.         This strategy can result in up to $750,000 ($800,000 in 2014) of capital gains per shareholder being realized on a tax-free basis.  For 2013, this effectively locks in up to $174,000 per shareholder of tax savings associated with the lifetime capital gains exemption.

The structure resulting from an estate freeze can result in additional individuals being able to benefit from the lifetime capital gains exemption who would not have otherwise had the opportunity.  The tax savings mentioned above can effectively be multiplied within a family (or other group of individuals).

An absolute tax savings can be achieved by splitting income with lower income family members. Generally achieved through the implementation of a family trust as part of an estate freeze (the family trust becomes the holder of the shares that will realize growth), income splitting can be achieved by allocating dividend income from the corporation to certain family members who are beneficiaries of the family trust. Ideally, the dividend income is allocated to individuals over the age of 18 with little or no income, resulting in dividends being received with little or no taxation.  Under the right circumstances and given current tax rates, such individuals can receive nearly $50,000 of dividends annually without any income tax liability (compared to an approximate tax cost of $16,000 for an individual in the top marginal bracket).

The use of a family trust as part of an estate freeze is particularly attractive in many scenarios as it allows for the tax advantages of income splitting with family members without passing current effective control of a business to those family members.

Taxation of the capital gain inherent in the frozen shares is limited to the frozen amount. Any capital gain realized on the sale of the company in addition to that amount will be taxed in the hands of those holding the common shares issued in the freeze.  If the holders of the common shares are in a lower tax bracket than the original shareholder, a reduction in taxes can be realized.