The Greater Ottawa Home Builders’ Association (GOHBA) is concerned that the City of Ottawa is not allowing enough time for review and consultation before the new official plan deadline in December 2013. The consequence, says Rob Pierce, chair of the association’s builder/developer council, could be a plan that fails to adequately consider longer-range requirements, while it loads even more onerous development charges on future home purchasers.

Pierce, director of land-Ottawa for Monarch Corporation, said there is a “very compressed timeline for the city’s consultative process.”  The industry consultative panel, including Pierce, GOHBA executive officer John Herbert and Jack Stirling, Minto’s vice-president of land development, had proposed that the city give additional time for the official plan review and also consider extending its scope beyond 2031 “which is just 17 years away” because “we’re looking at some substantial longer-range building initiatives,” Pierce said.

The city declined to change the timeframe, in part because municipal officials want to have the plan completed and approved in time for the five year review of development charges next summer. (See separate story.)

The city didn’t want to extend official plan beyond 2031, despite the need to consider longer-range issues, because “they didn’t want to get into another debate over extending the urban boundary,” he said.

Pierce said the GOHBA representatives stipulated they had no intent in raising the urban boundary issue at this time.  However, by thinking longer-range in the official plan, there would be more time to fund larger projects such as the rapid transit system, that has to follow the “timeline of the official plan.”  This has implication for development charges which might need to be much higher if the funds need to be recovered over a shorter period of time.

However, Pierce said, despite the compressed schedule and limited consultation, the industry has had some success in reducing what might have been onerous prescriptive building height and building design requirements in the new official plan.

“They were writing the Official Plan more like a zoning bylaw,” he said, specifying specific matters such as maximum building heights near arterial main streets.

The problem with this specificity, said Pierce, is that the Official Plan is the overriding municipal document, and changes are difficult to make, and would not be able to readily accommodate differences and specific circumstances.

Nevertheless, the GOHBA is concerned with the official plan review’s direction and speed.

“The process has been rushed,” Pierce said.  “While we have seen attempts by city staff and members of the Official Plan steering committee to accommodate (industry) input, we question the effectiveness of these consultations in such a compressed timeline. 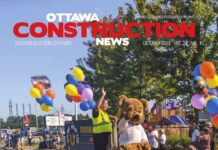