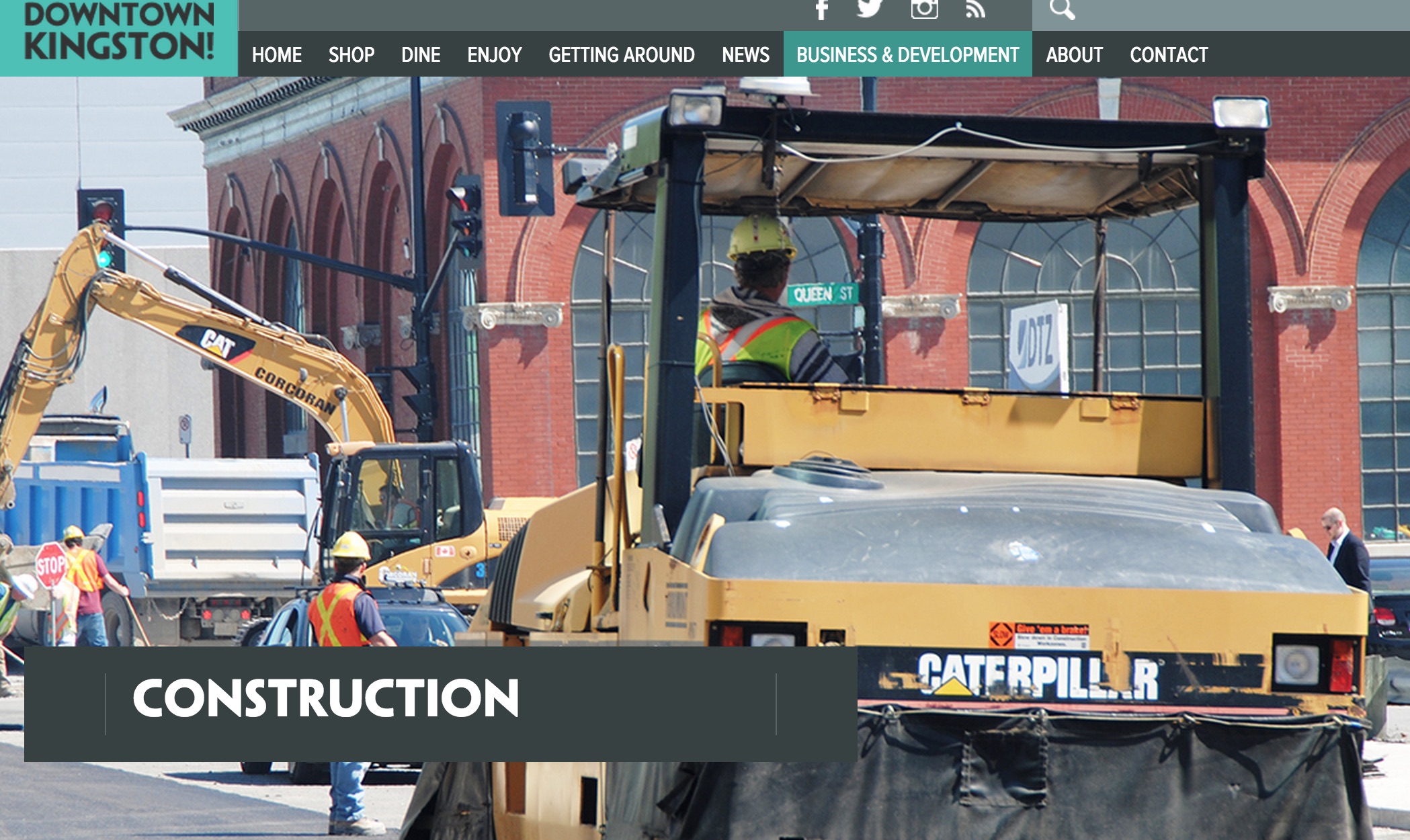 Despite possible legal action and a contractor’s claim that the city has agreed to pay $1 million more than the competitive bid, the City of Kingston has decided to proceed with a $12.9 million roadwork contract through RFP awarded to another contractor.

The third phase of the Princess Street reconstruction — Big Dig 3 — will proceed under a legal cloud.

Councillors voted 12-1 in early October to award a $12.9 million contract to Len Corcoran Excavating even though the company’s bid was $1 million higher than its only competitor for the project, Taggart Construction, The Kingston Whig-Standard has reported.

On his way out of the crowded council chambers after the vote, Taggart general manager Doug Haight told the the newspaper his company will be considering its legal options.

“We are definitely looking into our position with legal action,” Haight said.

The controversy at council revolved around the city’s use of a request for proposal, or RFP, to determine which contractor would be awarded the work.

City staff contend that RFPs give them more flexibility than a tender to pick the right company proposal.

Bidders are ranked according to weighted criteria; in the Big Dig 3 case, cost accounted for just 40 per cent in the final decision, the newspaper reported.

Corcoran had been granted the contracts for previous two Big Digs in 2009 and 2012, also based on RFP awards.

In an unprecedented move before council, Haight appeared as a delegation to speak to the recommendation from staff that Corcoran would be getting the contract over his company.

Normally, contractors are not allowed to lobby the staff, unless the final award comes down to a decision of council.

Haight argued that RFPs should only be issued for projects “which cannot be fully defined” and require flexibility on the part of the contractor as the work moves ahead.

“He described the terms of the Big Dig as being “fully defined,” including such items as 137 detailed drawings, completion dates and an outline of public relations needs,” the newspaper reported.

“Public relations include the efforts to keep walkways open to individual businesses while the estimated six months of work proceed.”

Haight was quoted as saying his company his company has experience working on sensitive projects like the Big Dig, citing original downtown street work going back to 1982 and, more recently, performing “complete underground and surface reconstruction” on Stuart Street near Kingston General Hospital.

He contended that if a tender had been put out for the Princess Street project, Taggart’s lower bid of $11.9 million would have won out.

Instead, he said, the RFP process “seems to lack transparency,” reflected in the fact that only two companies put in bids, the Whig-Standard Reported.

“There are many contractors in the area that are not submitting,” Haight said, “simply because it is an RFP, not a tender. A number are not competing.”

Coun. Adam Candon asked Haight what his company might do if it were not awarded the contract.

“We will push for not using the RFP in future as well as looking at our legal position. We feel we are on strong legal ground. This was a tender,” he answered.

Ed Smith and Doug Ritchie, representing the downtown business association, spoke in favour of awarding Corcoran the contract because of its track record from the previous two Princess Street digs.

They said timely completion is important for saving stores and shops from going out of business.

Corcoran received positive from shop owners for their efforts to keep their stores accessible to customers by setting up mazes of steel fence walkways and having “greeters” there to show people the way around.

In some instances, Ritchie said, Corcoran employees carried parcels and even picked up people in their wheelchairs to get shoppers where they wanted to go.

Ritchie said that despite these efforts, many stores are anticipating a 30 per cent reduction in sales and are laying off staff.

For a small merchant, he said, that kind of loss means “zero revenue.”

“One million dollars is lots of tax money for sure,” Ritchie said. “In this case, I think it’s a bargain investment in preserving the downtown. I don’t think the cost compares to not bearing the cost whatsoever.”

Ottawa lawyer Dan Leduc spoke for the Kingston Construction Association, an organization to which both Taggart and Corcoran belong.

Leduc emphasized he wasn’t advocating one company over the other but rather wanted to speak to the issue of how the contract was being awarded.

“I actually believe it’s a tender,” he told council.

Leduc cited Supreme Court of Canada case law to show how the City of Kingston should not have used the request for proposal process but a tender.

In that had happened, he said, council would be obliged to accept “the lowest compliant bid.”

Coun. Liz Schell asked Leduc why the construction association had waited so long to attend council with complaints about the contract awarding process.

Leduc said the association has tried to talk to city staff since 2010.

“I can tell you KAC has concerns. Your process should be fully open,” Leduc said. “The fact you got two submissions tells me you have a problem.”

Coun. Jim Neill asked if “soft services” such as helping people get to stores and shops downtown can be defined in a tender.

He told council that an RFP is more appropriate when a project is to be built in an open field and the contractor must respond with the basics, starting with design and including final price.

When it came time for the final council debate, Neill said he had swayed back and forth on the issue for a week.

“We can’t continue to spend one and two million dollars over what is budgeted,” said Neill, noting the long list of infrastructure projects council wants to complete. “I applaud the good work Corcoran has done, but I am troubled by the $1 million extra amount. Clearly, this is going to have some kind of legal consequences.”

Schell continued to question the motives of the construction association.

“I feel we are getting one side of the story,” she said. “We are not lawyers. I have a lot of trust in the process of our staff … and I am confident in staff’s recommendation to Corcoran.”

Mayor Bryan Paterson expressed the opinion of several councillors when he said there were two distinct issues at play: the use of RFPs versus tenders, and the issue of whom to select for the Princess Street work.

“For better or for worse, we decided to go with an RFP,” Paterson said. “The moment we did that, we allowed we might not get the lowest price. It would be inappropriate to change the rules now.”

Coun. Richard Allen said he was hearing concerns from constituents about spending $1 million more for the same work but added that the RFP process was probably the best way to come up with a “strong plan” for the reconstruction work and “sometimes that means spending a little extra cash.”

Coun. Kevin George said it wasn’t a good sign that only two companies had bid on the project and encouraged city staff and the construction association “to sit down and have a very serious discussion about whether the RFP or the tender process is the way to go.”

George said he was ready to accept “accountability” for spending $1 million more.

“It’s a little late to try and back out,” he said.