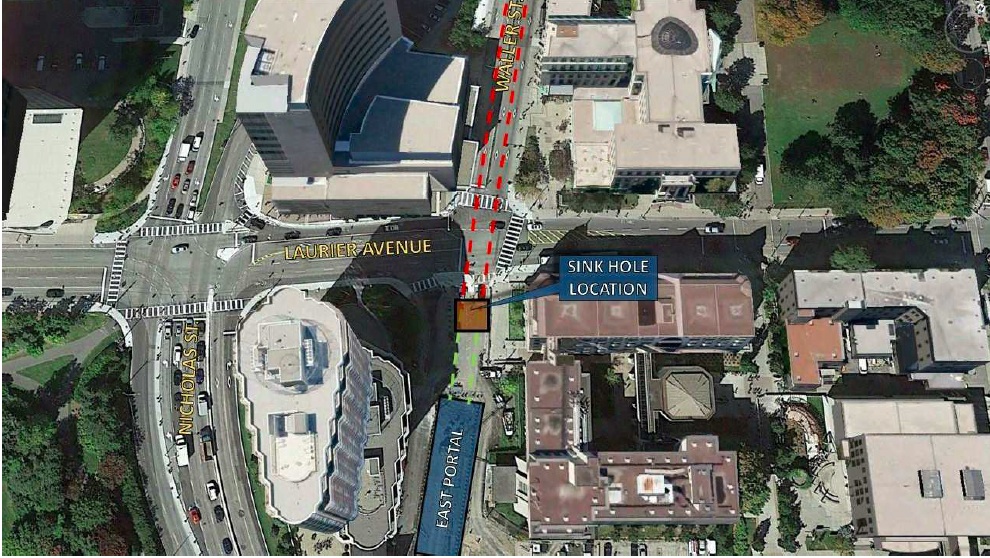 The project is on budget and tunnel excavation is expected to be completed in the summer of 2016.

The Confederation Line is a $2.1 billion project that is jointly funded by the Canadian government, Ontario and the City of Ottawa. The Canadian government is contributing $600 million through the Building Canada Fund, while the City of Ottawa will allocate up to $161.5 million of its federal Gas Tax Fund transfers to the project. Ontario is contributing up to $600 million.

Moreover, City of Ottawa will allocate $287 million of Provincial Gas Tax transfers to the capital infrastructure. The remaining project budget funds will come from development charge revenues and transit reserves.

During last 10 months, contractor Rideau Transit Group excavated an equivalent of over 50% of the tunnel volume, some 58,000 m3 of the estimated 110,000 m3 total. The majority of the remainder of the tunneling operation will focus on the excavation of three station caverns.

The 12.5-kilometre electric light rail system replaces existing diesel powered buses, providing rapid transit between Blair Station in the east and Tunney’s Pasture in the west. The route includes 13 stations and a 2.5-kilometre tunnel that will alleviate congestion through the downtown core.

“This public transit link will transform how we will move around Ottawa,” Premier Wynne stated. “I am committed to promoting public transit and creating jobs across Ontario. This incredible project is proof of what we as a province can achieve.”