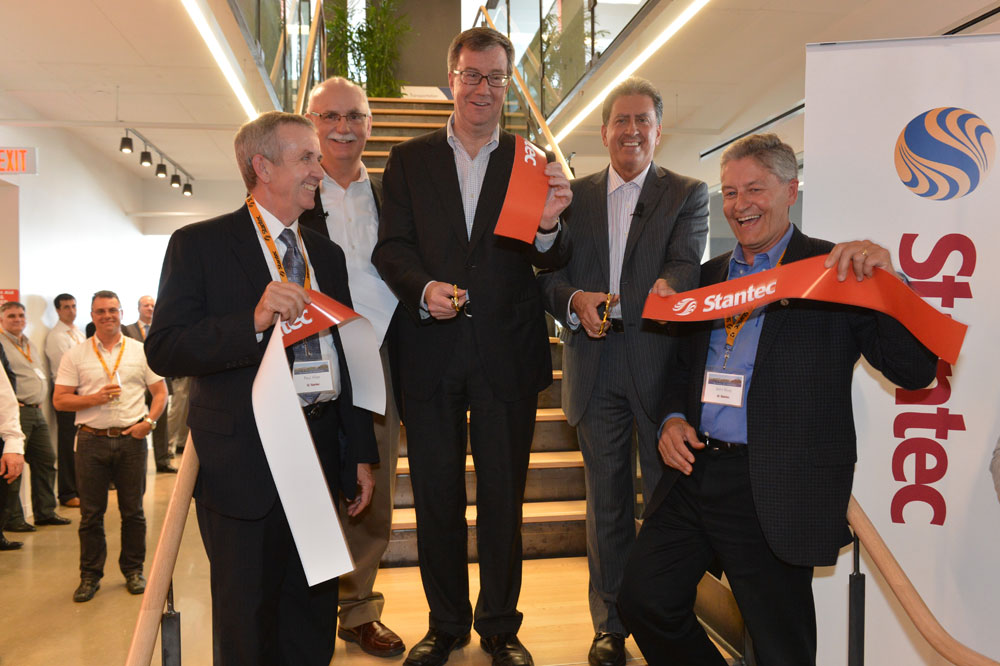 Ottawa mayor Jim Watson joined Stantec president and CEO Bob Gomes to cut the ribbon  at 1331 Clyde Ave. bringing together the architectural and engineering practice’s more than 280 employees into one central location.

“This move demonstrates Stantec’s commitment to the City of Ottawa, to the community and to our clients,” Gomes said. Stantec’s new offices span five floors, ocupying approximately 72,750 sq. ft.

Stantec has worked with the City of Ottawa on several major water, transportation and buildings infrastructure projects, including the award-winning Ottawa River Action Plan’s Real Time Control (RTC) system for the city’s combined sewer system. In the second year of operation, this  project has already reduced combined sewer overflows to the Ottawa River by almost 70 per cent, a Stantec news release reported. 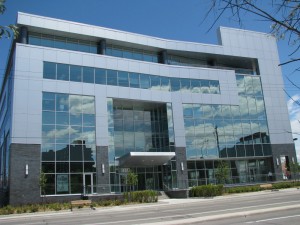 Mayor Watson praised Stantec and companies like it as key partners in maintaining and enhancing the city’s infrastructure.

“We need dedicated companies like Stantec to grow and prosper along with the city, and to help us build and maintain infrastructure for future generations,” Watson said. 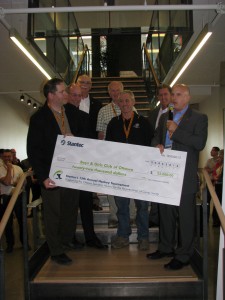 At the open house, representatives from Stantec and the Senators Alumni also presented a cheque for $22,000 to the Boys and Girls Club of Ottawa in support of Camp Smitty.  Stantec and the Senators Alumni have pledged to raise $500,000  for the camp for underprivileged kids. Over the past six years, Stantec has raised more than $100,000 for Camp Smitty and donated more than $50,000 in professional services.

Ottawa AEC industry leads in fund-raising for The Ride