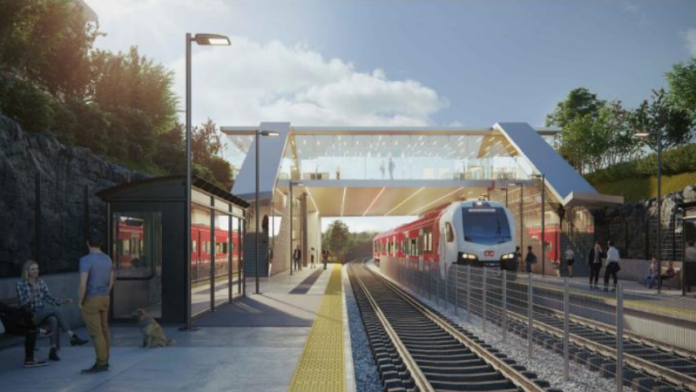 While Montreal-based SNC-Lavelin Group will stop bidding on fixed price construction projects, the company says it plans to complete the projects it has already started, including a portion of the second phase of Ottawa’s light-rail transit system.

The multinational company, through its TransitNEXT subsidiary, won a $1.6 billion contract in March to extend the north-south Trillium Line to Riverside South and the Ottawa International Airport.

The company, facing criminal charges related to bribery scandals, announced on Monday that it will no longer bid fixed price construction contracts, but it will complete the projects it has already been awarded, including the Trillium Line extension.

SNC-Lavalin will also combine its resources and infrastructure construction divisions into a separate business line “following continued poor performance,” the company said in a statement. The reorganization will allow it to focus on growth areas of the business, to be reported under SNCL Engineering Services.

The fixed price contracts have caused problems for SNC-Lavalin, which revised its second-quarter financial guidance “due in large part” to cost issues related to the lump-sum, turnkey contracts, where one company takes on responsibility for the entire project, from engineering through procurement and construction, the company said.

“By exiting such contracting and splitting it off from what is otherwise a healthy and robust business, we are tackling the problem at the source,” interim CEO Ian Edwards said.

However, the business will fulfill the contractual obligations of its current lump-sum turnkey projects, which will be reorganized as SNCL Projects, including Montreal’s Reseau express metropolitain, as well as the Ottawa project.

“We are committed to delivering on all our commitments. This includes SNC-Lavalin’s work as TransitNEXT on Trillium project in Ottawa,” a company spokesperson said in an email to Ottawa Business Journal.

SNC-Lavalin expects to lose between $150 million and $175 million before interest, taxes, depreciation and amortization in the latest quarter, with results slated for release Aug. 1.

Former CEO Neil Bruce, whose nearly four-year stint was marked by a 42 per cent plunge in share price, also bolstered the company backlog by more than $15 billion.

SNC-Lavalin faces a trial related to accusations of fraud and corruption in relation to its business dealings in Libya. As well, the company was at the centre of a political controversy for months after failing to secure a deferred prosecution agreement, a kind of plea deal that would have seen the firm agree to pay a fine rather than face prosecution.

The Stage 2 Trillium Line south extension will add 16 kilometres of new rail and eight new stations, extending the O-Train network farther south from Greenboro Station to Limebank Station, with a link to the Ottawa Macdonald-Cartier International Airport. TransitNEXT will also be responsible for upgrading the existing stations as well as maintenance for the existing infrastructure and rolling stock.

The agreement with TransitNEXT for the Trillium Line Extension is a fixed-price contract worth $663 million, with SNC-Lavalin providing an additional $136 million in private capital contributions upfront. When including the long-term cost to maintain and rehabilitate both the existing Trillium Line and its new extension, the total project is valued at $1.6 billion.