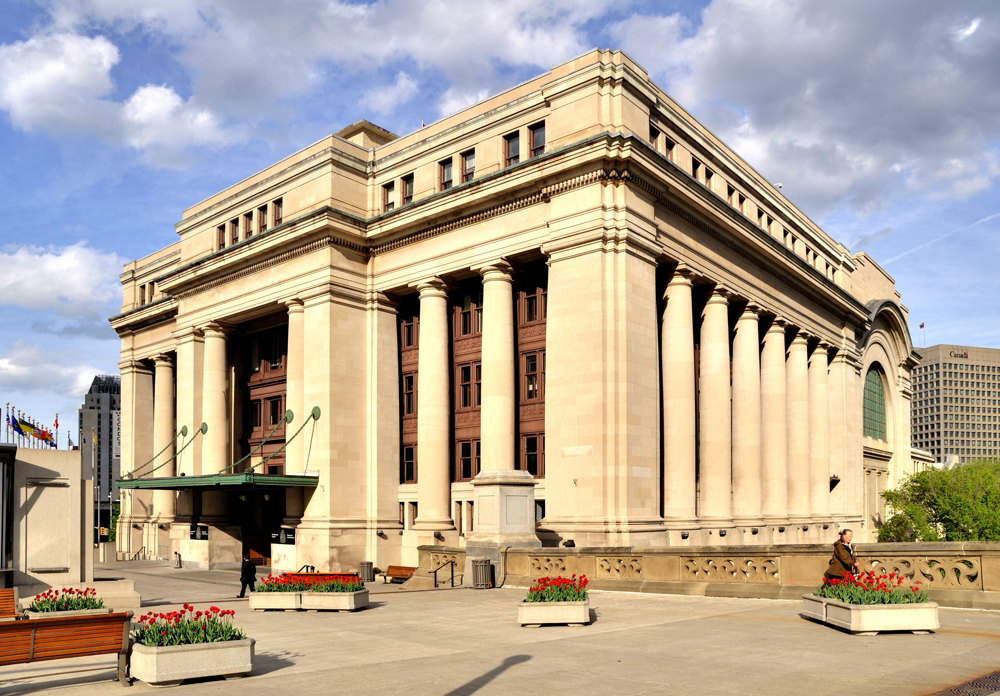 PCL Constructors Canada Inc. has announced that it has been awarded the initial construction management services contract for the preservation and rehabilitation of the Government Conference Centre for Public Works and Government Services Canada (PWGSC). The two-stage project adjacent to the Chateau Laurier and Rideau Canal will transform the existing federally classified heritage building into the interim Senate accommodation as the Centre Block of Parliament Hill is renovated.

The project includes abatement and selective demolition, seismic and structural envelope upgrades as well as all base building systems, security and interior fit-up, the company says in a news release. Stage A includes investigative works and minor construction activities commencing in spring 2014. Stage B, yet to be approved by PWGSC, is comprised of the complete rehabilitation and fit-up of the heritage structure.

From its completion in1912 until mid-1966 the station served railway passengers in the heart of downtown Ottawa. Initially known as the Grand Trunk Central Station and later as Union Station, the building was acquired by the Crown in 1967 and repurposed for centenary celebrations that year, saving it from imminent demolition. After several years of disuse, the building was sanctioned as a “temporary” conference centre and continued to function as such until the present day.

“It is a pleasure and an honour to be selected as the construction manager working with PWGSC on the Government Conference Centre project,” says Kevin Skinner, vice-president and district manager of PCL Ottawa District. “We are proud to work on the rehabilitation of this historical building that has graced the corner of Wellington St. and Colonel By Dr. for over 100 years and that will be used as the interim home for the Senate.”

PCL is a group of independent construction companies that carries out work across Canada, the United States, the Caribbean, and in Australia. These diverse operations in the civil infrastructure, heavy industrial, and buildings markets are supported by a strategic presence in 31 major centres. Together, these companies have an annual construction volume of more than $7.5 billion, making PCL the largest contracting organization in Canada and one of the largest in North America. Watch us build at PCL.com.