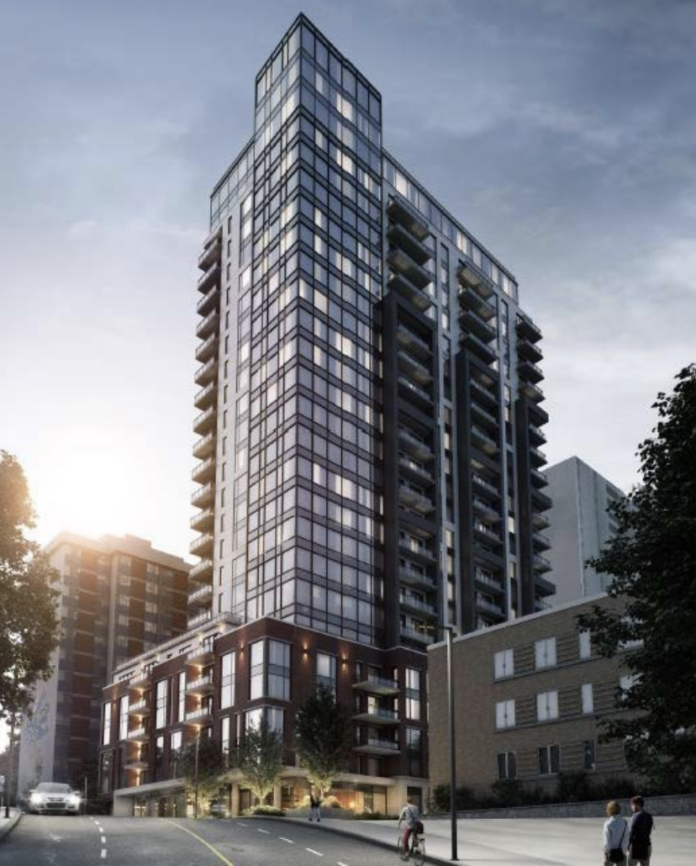 Ottawa’s  Planning Committee has approved a zoning amendment that allows the Ottawa Carleton District School board to build a new secondary school in the city’s Riverside South community.

According to planning documents, the school at 702 Earl Armstrong Rd., drawn up by N45Architecture Inc., would have 48 classrooms, a full-size sports field with a track, an outdoor classroom, a mini sports field and two basketball courts.  The proposal also includes plans for a daycare on the school building’s south side.

The committee also approved Official Plan and zoning amendments to allow development of a 25-storey building on Rideau Street, just west of the Rideau River. The building would include more than 310 dwelling units along with retail space on the ground floor.

The amendments increase permitted density and height, and in exchange the applicant would invest nearly $800,000 in improvements to area parks and road safety, as well as to cycling and pedestrian connections. In addition, at least 10 per cent of units would be geared to larger households, providing a minimum of 850 sq. ft. of living area and two bedrooms. The applicant would deliver a publicly accessible bike repair station as well, along with public art, at least two tenant electrical car charging stations and parking spaces for a car-sharing service.

Recommendations from the Jan. 27 meeting were to receive final approval from City Council on Feb. 9.