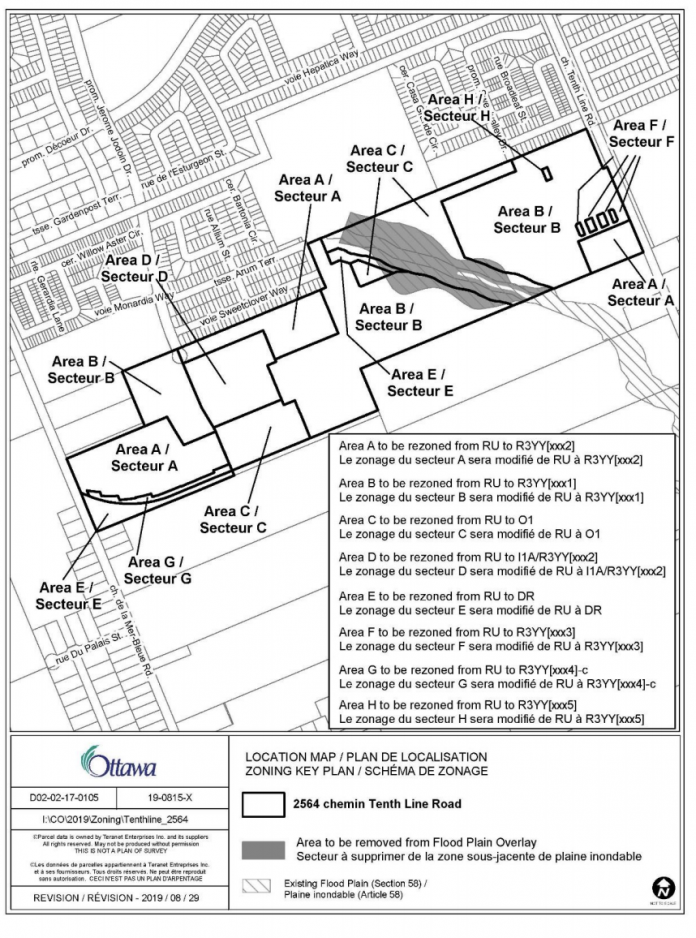 The amendment includes protection for McKinnon’s Creek, which runs through the site, and would allow for a mix of detached homes, semi-detached homes and townhouses along with three parks and a school site, the city says in a news release.

The committee at its regular meeting in October also approved two items related to a proposed redevelopment at the corner of Parent and Guigues avenues. The site is in the Lowertown West Heritage Conservation District, so a heritage application is required before the existing rowhouse could be demolished – a building that city staff consider of little heritage value. A Zoning By-law amendment was also approved to permit the proposed seven-unit, three-storey, flat-roof townhouse.