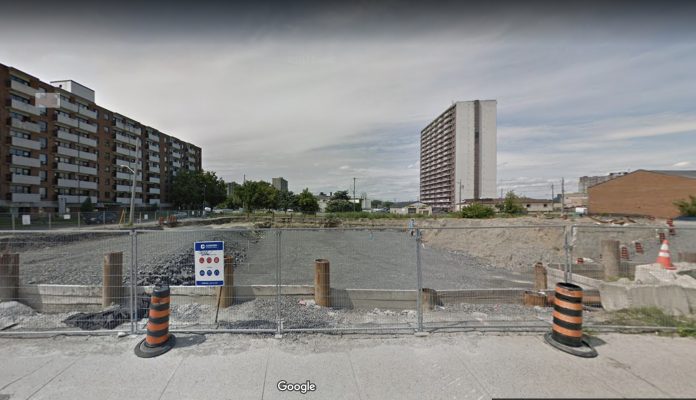 The project replaces a group of two storey townhouses, reflecting the intensification focus of urban development.

EllisDon is continuing work on converting the former Nortel campus to the new DND headquarters complex. This permit covers “Interior alterations on all floors of a three storey office building (Building 3 – DND).”

Dymon Storage is adding to its collection of sites with this  six storey retail storage building.

You can view all of the November permits at this link: https://goo.gl/PxyPfP