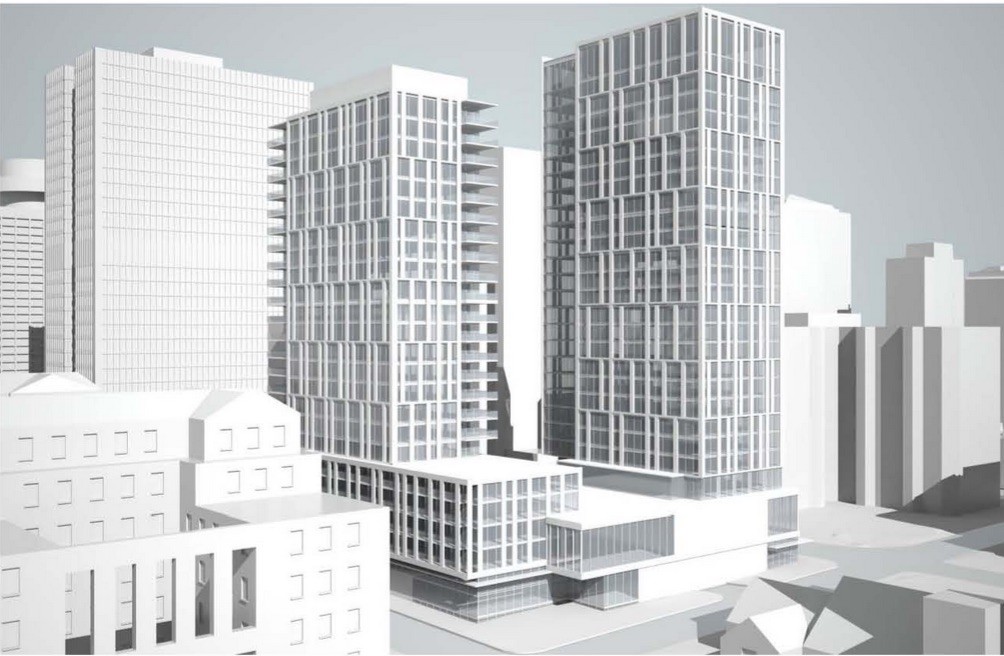 Morguard plans to demolish what had been National Hotel & Suites (formerly the Delta Ottawa Hotel) at 350 Sparks St. and redevelop it to include a new hotel and condo.

A published report says the developer recently filed a proposal with the City of Ottawa to demolish two cojoined hotel towers (now empty) on the 1.85 acre site’s west side, as well as an existing three-storey apartment building. These will be replaced with two new buildings, along with the existing 12-storey office tower on the east side, which will be upgraded.

The report says the proposed new towers at 361 Queen St., designed by WZMH Architects, would share a common podium (with retail), entry plaza and access to 348 underground parking spaces.

The proposed hotel, which would be located on the southwest corner of the site at Queen and Bay streets, would include 303 units, the report said. The condo tower, which is planned for the northwest portion of the site, would have 250 units.

Morguard said the proposal, which must be approved by city council, has been designed to fit the neighbourhood’s overall tone.

“Views from the Museum of Civilization, Portage Bridge and Confederation Boulevard have not been compromised,” said a report prepared by FOTENN Consultants.

“The solid architectural language with the elegantly proportioned window openings of the West Memorial Building and Library Archives Canada inspired the exterior façade articulation of the proposed towers. The towers include a solid lattice layer which wraps the exterior glass skin to create a visual continuity in a contemporary fashion.”