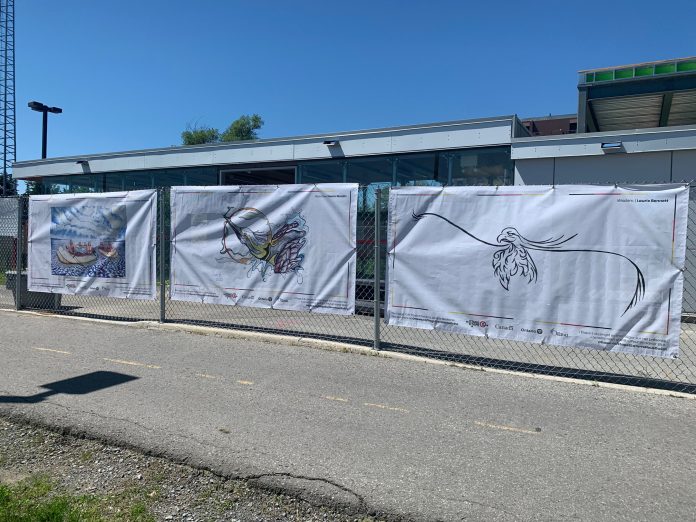 Images of artwork submitted from nine Indigenous artists have been displayed on Stage 2 LRT construction hoarding to beautify the construction area and increase the visibility of Indigenous culture.

Images of artwork were installed this week in eight locations around the city:

Nine Indigenous artists submitted culturally relevant images from their culture and territory on the theme ‘Land is Medicine’.

Within the diversity of Indigenous cultures, the representation of land, animals, fish, and plants are common themes and grounded in culture and traditions.

All artwork is now visible in public spaces, and much of it is along multi-use pathways, where residents are encouraged to explore and discover the art.

Aecon Construction fined $90,000 after worker Injured by reversing bulldozer at...