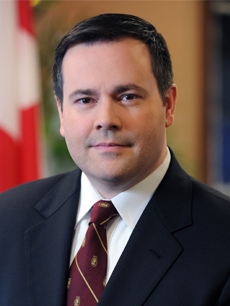 Sun Media reported that Kenny says, in an advance copy of a speech to the Canadian Home Builders Association in early May, that the OCOT would kill jobs.

“There is growing concern that while most provinces in Canada are looking at ways to remove barriers to entering the skilled trades, Ontario is heading in the opposite direction – the wrong direction,” Kenny is quoted as saying.  “Not enough people out there are aware of this proposal and its potentially disastrous impact on our economy and on many people’s livelihood.”

Meanwhile, Simcoe North MPP Garfield Dunlop continued to speak out against the OCOT.

Dunlop, the Progressive Conservative’s critic for skilled trades and apprenticeship reform, “called the college a costly regulatory body that isn’t benefiting anyone, which is why one of the PC’s top five platforms heading into the next provincial election is to abolish it,” the Alliston Herald reported.

“I think the college of trades is very, very bureaucratic,” Dunlop was quoted as saying in an interview after the meeting.  “I think it is very expensive .  . . and I don’t see what they are actually doing for the tradespeople of Ontario.”

Dunlop told the reporter that the carpentry compulsory certification process, possibly forcing people to obtain a licence when they have been working for many years without one is unfair and could end up costing thousands of people their jobs.  “Our biggest concern here is that we are not putting a lot of people out of work,” he is quoted as saying.