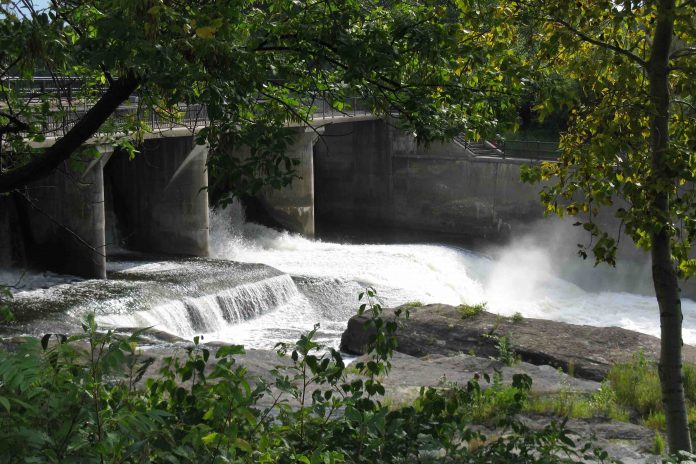 Plans for a major rehabilitation of the Hog’s Back Bridge and dam are moving ahead, but it’s still at least another year before construction gets underway Metro News reports.

The government has recently listed the engineering work on MERX (closing April 27) after announcing the project in 2015, but it could still be some time before work is underway.

“At the very earliest, construction could begin in early 2018; however the project could also begin in 2019 or later,” said Parks Canada spokesperson Darryl Whitehead.

“Once further details are available and a better estimate on scheduling can be made, Parks Canada will provide an update to residents.”

The bridge was originally built in 1977 and is rated by the government in poor condition. The proposed work is going to replace the bridge deck and railings and aims to bring it to a good condition.

The dam below is also getting work done, but not as extensive. Whitehead said bringing it up to good condition would require a complete rebuild.

“It would require a large-scale investment. You would almost have to replace the dam,” he said.

He said the work they have planned will be enough to give the dam many more years.

“It would extend the life of the dam until a point where it has to be fully rebuilt.”