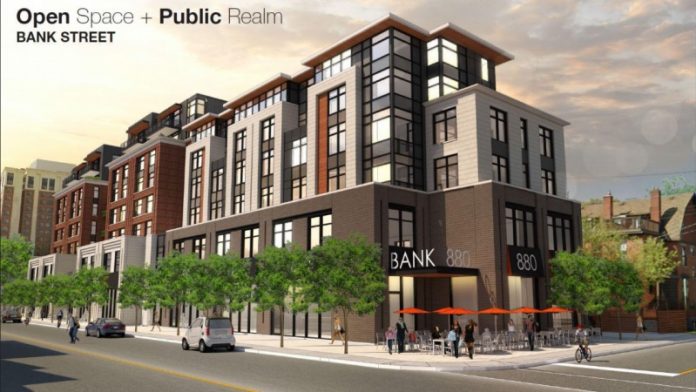 The property on the west side of the street at Thornton Ave., will also feature ground-floor commercial space.

There was a two-hour debate at Ottawa City Hall which, according to the Ottawa Business Journal, featured two recurring themes that typically emerge whenever a tall building is proposed in an established neighbourhood: concerns about height and parking.

Some residents and councillors argued that the redevelopment of Lansdowne Park had set a precedence for taller buildings in the area – contrary to promises made when that development was under consideration – and that more large buildings would be proposed for Bank Street, changing the Glebe’s neighbourhood character

“It is, in fact, the steady march of a non-traditional mainstream type of mass that we feared would happen,” said Capital ward councillor David Chernushenko. “That’s what this project represents to me.” 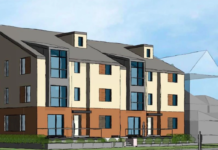 NIMBY vs intensification: The story of a modest Ottawa project that has attracted public ire and emotions