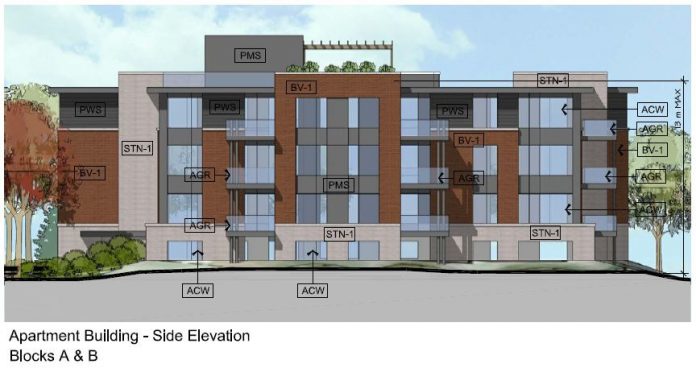 The City of Ottawa has issued a series of 32 building permits to Campanale Homes to build a massive, 522-unit housing project in Barrhaven’s Longfield’s neighbourhood.

The project in the 400 block of Via Verona will result in the set of three-storey blocks of 16 back-to-back stacked rowhouses.

City of Ottawa documents from 2015 posted in the Skycraper Ottawa forum say the development resulted from an “Action Ottawa proposal call to housing providers to build up to 100 affordable housing units on this site.”

“This action responds to the recognition that there is a growing need for affordable housing options in Barrhaven. Our client Multifaith Housing Initiative with their project management consultant CAHDCO and our consultant team prepared a 98 unit proposal that was selected by the City as the winning submission. This application follows that process.”

This suggests there will be other permits issued for the remainder of the project.

Other major March permits include:

The permit approves the construction of a 144-unit, 21 storey apartment with three levels of underground parking. Reports indicate the project, originally planned by Domicile Developments as a condo project, is being built for rental accommodations.

The permit says the work for the Treasury Board of Canada Secretariat is for “interior alterations on the first, second and fifth floors of the 14 storey office building.

You can view all the March issued permits here.

Planning committee reports on $168 million in DC revenue for 2016