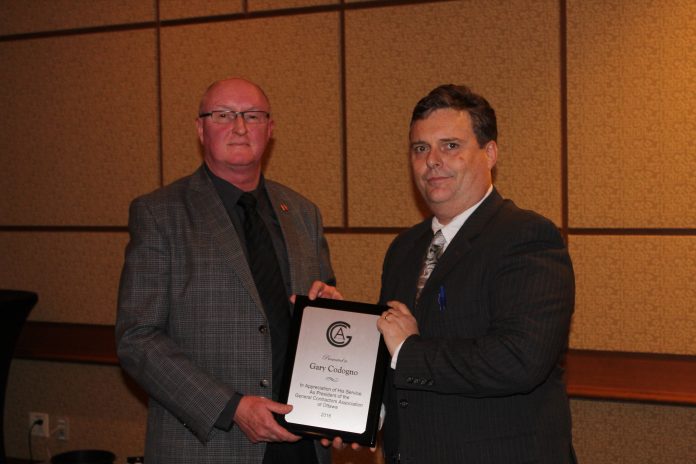 The 2017 General Contractors Association of Ottawa (GCAO) president says the group will continue during his term to advocate for fair and equitable tendering practices.

Tim Pruner, M. Sullivan & Son Ltd.’s vice-president, business development, says in an interview that the 57-member organization is concerned about excessive project bundling, unreasonable liquidated damage provisions in City of Ottawa and other owner contracts, and challenging two-envelope systems where contractors who think they should qualify, “just don’t quite make it” and so their effort in preparing what should have been the low bid comes to nothing.

There are perennial issues, such as excessive and unreasonable supplementary conditions, and challenges with project management organizations seeking to download unreasonable risks from owners to contractors.

These issues are handled by the association’s tendering practices committee (which Pruner led last year as first vice-president).

Pruner said there were some successes in 2016; several owners revised contract terms before closing or acknowledged that it is in their interests to make changes for future contracts.

There are other situations where the issues remain unresolved and the GCAO is continuing the fight.

For example, he said recently the City of Ottawa bundled the OC Transpo Trillium Fare Gate work at several stations into one contract.  While in theory the single project approach reduces administration costs, it cuts out smaller contractors from the opportunity to bid for the work, reducing competition and probably increasing overall costs for the city, Pruner says.

Liquidated damages clauses are contentious. These requirements are reasonable in some situations “if the owner is really going to suffer a loss if the work is not completed on time” – for example, an arena that must open by a certain date, or there will be significant losses because bookings need to be cancelled. However, Pruner said the city is taking this concept too far by asserting that if the project “goes overtime they are going to have more administration costs.”

In fact, these issues also raise contractors’ costs, Pruner said, and they “will build in a contingency factor to allow for the risk of liquidated damages” – again, significantly increasing the city’s costs.

One important issue for the GCAO is the city’s plan to implement a Vendor Performance Management (VPM) system. Pruner says the city has decided not to implement this rating system into tender awards this year, but he is concerned there could be problems when it is introduced, in part because of the relatively small data sample available to base the measurements.

(Under VPM, the city rates contractors, as well as consultants and other vendors, for their performance on previous projects. Low or failing scores will influence their ability to win future contracts.)

The problem with VPM is that “some in the system may not be in business any more, and others may have cleaned up their act after a bad job – they could be good contractors with a lousy score.”

As well, there are new or out of town contractors without a score. The solution to “give them an average score” doesn’t really work well, he said. “There are still a lot of flaws in the whole system.  (The city) is looking for feedback from organizations like ourselves and the Ottawa Construction Association (to) try to improve the system.”

“In theory, the whole idea is great to have a rating system,” Pruner said.  The provincial transport ministry uses it on big projects.  “There are some bad contractors out there,” he said. “Is there a way to have some sort of a prequalification system – but how do you apply it fairly to a tender?”

Pruner said the association is effectively able to tackle these and other contentious issues because it can speak with a unified voice, so individual contractors don’t need to feel they are singling themselves out for attention if they think something is wrong. “We ask our membership to take the time, if they have an issue, to bring it to us and we’ll try our best to have it resolved.”