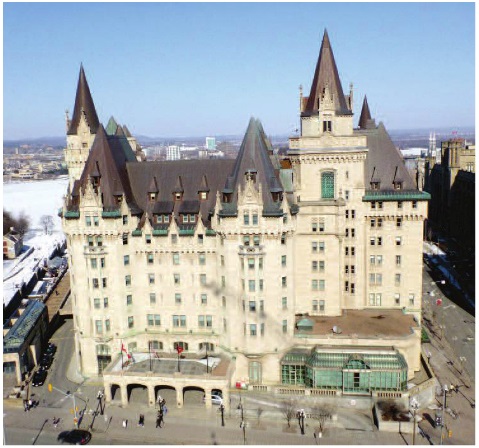 John G.Cooke & Associates Ltd., a consulting engineering firm that specializes in structural engineering and heritage restoration, is celebrating its 20th anniversary this year.

John G. Cooke,a graduate from University College Galway, Ireland in civil engineering, and his team has achieved consistency, reliability and respect from the trades as well as building owners.

“John has put together what is likelythe youngest team of heritage engineers inCanada,” said Robert Watt, president ofRJW Gem Campbell Stonemasons Inc.,who has worked on dozens of projects with Cooke since 1997. “He listens tomasons and is always willing to solveproblems through discussion.”

The firm’s portfolio of projects include significant work in the parliamentary precinct restoration including the West Block and the former Bank of Montreal on Wellington St., churches including St. Patrick’s Basilica, and hotels such as the Chateau Laurier. 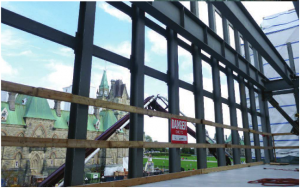 Cooke was started his practice in1993 at the height of a major multi-yearrecession. He hadworked with Toronto-based engineersAnrep& Associates for six years, afterimmigrating to Canada from Ireland.

Cooke moved to Ottawa to set up anAnrep branch office but, shortly after,Anrep decided to shutter it.Instead of acceptinga position in Northern Ontario,Cooke and some of his colleagues, JohnBarton, GrazynaMaterna and MaryCooke decided to break awayand form what is now John G. Cooke &Associates Ltd.

“When I started up, structural engineers were ten-a-pennyand fees weren’t very good, so we looked at creatinga niche for ourselves – something few others were specializingin,” Cooke said in an interview. “I had beeninvolved with Anrep on an historical renovation project inNorth Bay at the teachers’ college there, so through opportunitieswhich arose working with the federal government,we began doing work on historical government buildingshere in Ottawa. We also had the good fortune to work with,and learn from, leaders in heritage construction in the Ottawaarea.”

According to Cooke, when they started, there were not many specialists inheritage renovation, traditional heritage trades were inshort-supply, and there were few guidelines and systemsfor projects which, by their nature, don’t follow simple andpredictable pathways to completion.

“There’s a larger awareness now than there was evenfive years ago in recognizing heritage buildings and stock,”Cookesaid. “There’s more of a desire with clients to preservethe historic stock, and there’s greater knowledge.”