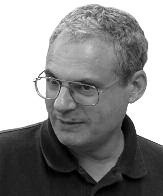 I rarely attend media events where dozens of reporters and photographers scrum to catch a glimpse of a key person at a major breaking story. This is in part because of pragmatism – while we update our websites daily, our general production cycle is monthly, and so usually breaking news can be covered more easily after the fact.

As well, with a specific industry and geographical focus, the stories of greatest interest are often specialized and not covered elsewhere.

In Ottawa, I attended the announcement at the National Capital Commission of the competition evaluation results for the Lebreton Flats redevelopment. This massive nationally owned site will, if all goes as planned, be the future home of a new Ottawa Senators arena, which backed the most successful proposal for the central Ottawa site. I wanted to be there when Senators’ owner Eugene Melynk commented on his success, so joined a mixed bag of sports and general assignment reporters in a meeting room at the NCC offices in downtown Ottawa. We waited a while, and as this happened, I overheard other reporters/writers assessing the future of the journalism business. There is increasing consensus that newspapers as we know them will be disappearing within the decade.

The reason for attending – besides the obvious importance of the project for Ottawa’s construction industry – is that I could take some original event photos but, most notably, did not need to take detailed notes. Instead, I could copy the direct quotes from other publications, without need to attribute the remarks because, after all, I was in the room as well, and heard the words with my own ears.

The second story, however, shows the sort of independent research and writing that really provides value. I began researching the implementation of the Dean Report recommendations about the Ontario College of Trades, and checked to see how they are progressing, with a note to Ministry of Labour communications staff. Their somewhat oblique responses caused me to check further, and I discovered that a lobbying group for the skilled trades appears to be succeeding in winning changes to some key recommendations about scope of work and enforcement that were of crucial interest (but from different perspectives) to the skilled trades, labourers’ union, and some employers.

This sort of story provides me the greatest satisfaction, though I’m sure there will be differing views about whether the news here is good or bad. When we can investigate, discover, understand and improve knowledge of sensitive and controversial industry related issues, our publications achieve their objectives. Sometimes it is good to be on site when the other media is working; but usually it is better when we find our own groundbreaking news.

Mark Buckshon is president of the Construction News and Report Group of Companies. He publishes a daily blog at www.constructionmarketingideas. com and can be reached by phone at (888) 888-627-8717 ext. 224.