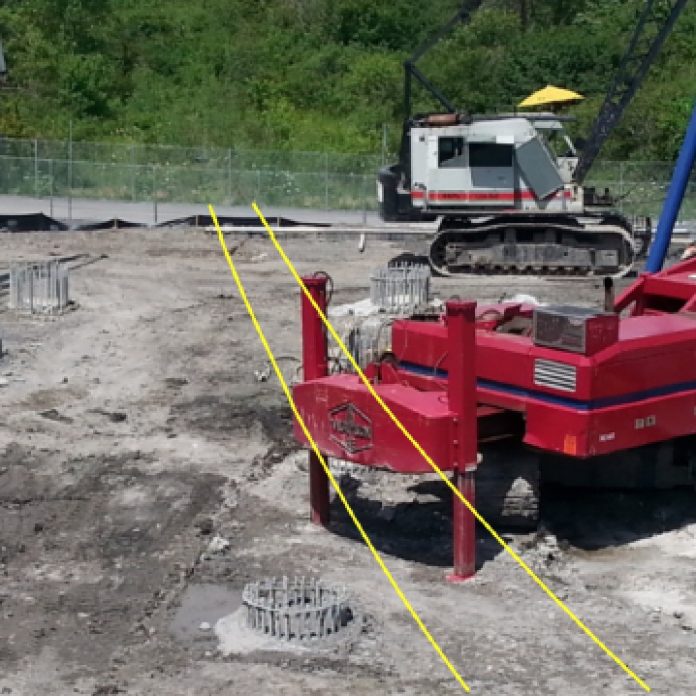 The operators of a proposed private interprovincial rail link between communities in eastern Ontario and western Quebec are preparing legal challenges if the Canadian Transportation Agency (CTA) and City of Ottawa fail to respect the railway discontinuance requirements of the Canada Transportation Act, in relation to the Prince of Wales bridge and its approaching tracks – a key element in their proposed system

Moose Consortium Inc. (MOOSE) president Joseph Potvin says Ottawa mayor Jim Watson’s assertion that the bridge might be used to link the city’s Light Rail Transit (LRT) system to Quebec in a long-range Phase IV project needs to take into account that light rail is not allowed on the same track as  heavy rail used for intercity trains such as the GO Trains serving southern Ontario.

MOOSE proposes developing a passenger rail service without subsidies, but making its revenue from service agreements with station operators set up as common element freehold condominium corporations. Participating properties would pay a negotiated proportion of increased real estate income and asset value to their condominium corporation, and it would subscribe to train service.

Potvin said the NCC’s Interprovincial Transit Strategy report published in 2013 called for a Gatineau extension of the original O-Train as a middle term priority. The report suggested it could be completed by 2018. However, he said the city’s current master transit plan contradicts the NCC strategy by suggesting the interprovincial link might not be built for 20 or more years.

“Mr. Watson’s disagreement with the urgency of letting the O-Train continue across this existing railway bridge to Gatineau, which his own professional staff recommended to the NCC, has been explained to MOOSE by some city insiders (who asked to remain anonymous) as designed to ensure that transit connections with locations outside Ottawa’s property tax base remain cumbersome.” Potvin said. “Such motives cannot be directly verified, but the tangible facts on the ground speak for themselves.”

“Just a few months ago, the City of Ottawa dismantled and permanently obstructed the one railway track that the O-Train could have used to reach the Prince of Wales Bridge to connect with Gatineau.

“That’s to say, Mr. Watson has presided over the permanent severing of the very railway connection that he claims he’d like to see used two decades from now for LRT Phase 4 through the Prince of Wales. This is why, sadly, the City of Ottawa now begins Canada 150th anniversary year in the midst of a critical legal challenge at the Federal Court level.

“Ottawa city staff find themselves in the very awkward position of attempting to defend against a formal complaint to the regulator by MOOSE that by dismantling the federally regulated railway connection to the Prince of Wales Bridge, they violated Division V of the Canada Transportation Act.

“The City of Ottawa’s official and mandatory report to the federal regulator neglected to mention that this railway has been disconnected and dismantled. This particular section of railway was designated by Parliament in 1872 as being “for the general advantage of Canada”, which means this track is protected under Section 92(10)(c) of Canada’s Constitution.”

“Some stakeholders in the region are taking notice. Last summer the mayor of Smiths Falls wrote a letter to the CTA, with a c.c. to transport minister Marc Garneau, to explain that Ottawa’s dismantling of this federal railway approaching the interprovincial Prince of Wales Bridge erodes the socioeconomic development potential of the entire National Capital Region.

“The O-Train, since its beginning in 2000, and still today, has been fully authorized by the federal regulator, the CTA, to provide service through to the Gatineau Executive Airport. In a 2012 decision, the federal agency confirmed that the Prince of Wales Bridge remains a legally active railway. In practice this means no enormous, expensive or time-consuming studies are required to resume train services on an existing railway, Potvin said.

“We note that due to the utter lack of operational maintenance of the Prince of Wales Bridge since its purchase by the City of Ottawa in 2005, there is currently a backlog of basic maintenance work to do. But studies and inspections by civil engineering firms confirm that the bridge remains structurally sound. (Moose Consortium Inc. currently has an official submission before the federal regulator, prepared by REMISZ Consulting Engineers, for a $50 million upgrade to this bridge, including adding cycling and pedestrian paths to be cantilevered off each side.)”

Potvin says if the CTA doesn’t respond to its request for a ruling on the matter, the consortium will write to the federal transport minister that it will be appealing to the federal court for a Writ of Mandamus (an order from a court to an inferior government official ordering the government official to properly fulfill their official duties or to correct an abuse of discretion.)

Potvin said, in relation to the MOOSE’s application for a certificate of fitness, which is a separate process, the CTA has asked Moose for additional documentation. “Moose requested a face to face meeting in January to help the regulator understand the company’s business model,” he said. “The agency did not respond to the meeting request.”

“Meanwhile, Moose Consortium Inc. reached a very significant business milestone in December 2016, and we’re starting off the new year with multiple stakeholders expressing support for our plan for a commercially financed and operated 400 km. passenger rail service throughout the Greater National Capital Region,” Potvin said in a statement. “More information on specifics will be provided as our co-ordination with stakeholders permits.”

IIDEX Canada to co-locate with Construct Canada in 2014 to create...