An Ottawa-based consulting engineering firm that implemented an innovative design to create a multi-use path along a steep section of escarpment along the Ottawa River received top honours at the 2014 Ontario Consulting Engineering Awards.

A total of 12 awards were presented by the Consulting Engineers of Ontario (CEO) during a gala ceremony on Saturday, April 12, 2014, at the Liberty Grand Entertainment Complex in Toronto. The award winners were selected from a field of 36 nominees for projects that have enhanced the economic, social and environmental fabric of Ontario, and locations across Canada and around the world.

“The projects completed by all of the nominees are remarkable for their ingenuity and innovation,” said Barry Steinberg, chief executive officer of CEO. “The quality of the work we see each year through this awards program speaks volumes about the incredible skill and dedication of consulting engineers in Ontario and the reputation they’ve earned around the globe.”

The top honour, the Willis Chipman Award, went to REMISZ Consulting Engineers Ltd. of Ottawa for a project the firm completed for the National Capital Commission at Ottawa’s Rockcliffe Parkway. Instead of building a joint-use pathway by employing traditional retaining walls along a very steep escarpment, a system of micro piles, elevated precast concrete slabs, and a new type of guiderail system was implemented for the first time in Ontario. The design re-used part of the old heritage wall system and paving stone to create a bluff area appreciated by tourists, residents, and cyclists.

1.    Among firms with 1-25 employees, Integral Group of Toronto, for designing a new headquarters for the Elementary Teachers’ Federation of Ontario in Toronto that is a LEED Platinum candidate.

4.    Among firms with 100-350 employees, Halsall Associates of Ottawa, for renovating a six-storey, 1950s building and adding a new 15-storey tower at the University of Ottawa’s Faculty of Social Sciences.

5.    Among firms with more than 350 employees, MMM Group Limited of Thornhill, for the recently opened new Quito International Airport in Ecuador, S.A.

1.    In the Building Engineering and Science category, Smith and Anderson Consulting Engineers of Toronto, for a LEED designed facility for Bridgepoint Health consisting of a new technologically advanced hospital and a 150-year-old building repurposed from a historic jail to an administration building.

2.    In the Environment category, Dillon Consulting Limited of London, for design and completion of plant upgrades for the City of London’s Vauxhall Pollution Control Plant, which has improved the wet weather treatment capacity of the plant.

3.    In the Industry, Energy and Resources category, Hatch Mott MacDonald and Hatch of Mississauga, for the Niagara Tunnel, the largest hydroelectric project in Ontario in the past 50 years.

4.    In the Project Management category, AECOM Canada Ltd. of Markham, for Whitby’s new Abilities Centre, which has been selected as one of the Parapan American Games venues for 2015.

5.    In the Studies and Research category, J. L. Richards and Associates of Kingston and Associated Engineering Ltd. of Toronto, for an Environmental Assessment for the County of Wellington examining the need for additional transportation capacity across the Cataraqui River.

6.    In the Transportation category, Hatch Mott MacDonald of Mississauga and Amec of Burlington, for a project completed for the City of Burlington and Canadian National Railway Corp., developing an innovative open-cut bridge jacking technique for a grade separation at an extremely busy section of railway.

This year marked the twelth anniversary of CEO’s Awards Gala. Projects were judged by a panel of eminent professionals representing client groups, professional associations and academia, who are not currently engaged in consulting practice. Bruce McCuaig, president and CEO of Metrolinx, was keynote speaker at the event and Breakfast Television co-host Kevin Frankish of City Television served as master of ceremonies. 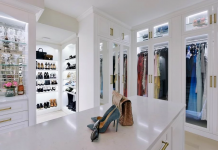