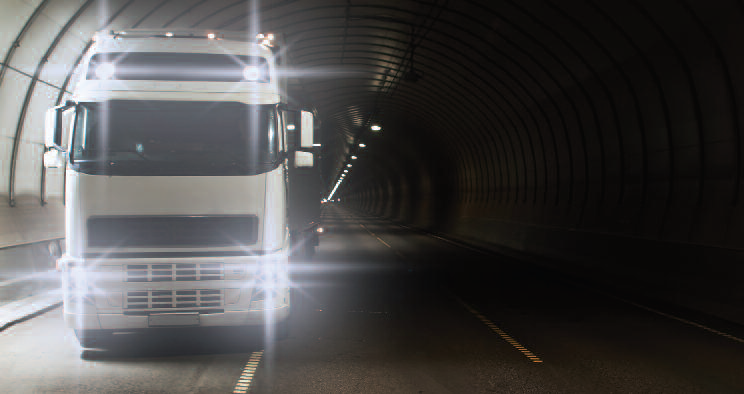 A tunnel between the Macdonald- Cartier Bridge and Highway 417 for mixed traffic is technically possible, according to a recently completed feasibility study. However, it would be extremely expensive and it is unclear where and how the funds will be found to move the idea forward.

The $750,000 feasibility study, funded equally by the city and the Government of Ontario, has concluded, and the preliminary cost estimate for construction is between $1.7 billion and $2 billion.

The City of Ottawa undertook the study to explore the tunnel option as a means of reducing truck traffic on downtown streets.

“The significant heavy truck traffic moving between Ottawa and Gatineau has long been a major issue for residents as well as for those visiting Canada’s capital,” said Mayor Jim Watson. “This report should equip us with the information we need to make a case to the provincial and federal governments on how best to move forward towards a solution that works for all.”

The 3.4 km tunnel would extend with two lanes in each direction from the Macdonald- Cartier Bridge to Highway 417 at Vanier Pkwy. and Riverside Dr. via a crosstown route under Lowertown and Sandy Hill.

The forecasted traffic demand that would use this route is too small to justify an investment in a truck only tunnel. Thirtyfive per cent of truck traffic currently using downtown streets would not use the tunnel because they need to make local on-street deliveries or pick-ups. Furthermore, any trucks transporting dangerous goods would be prohibited from the tunnel due to safety concerns.

If a tunnel were to be built, it would be available for mixed-traffic use and would divert between 20,000 and 25,000 cars and trucks per day. This tunnel project is not part of the city’s affordable transportation network plan, as outlined in the 2013 Transportation Master Plan.

“This is an important study and I’m pleased that we are releasing it well in advance of its consideration at transportation committee,” said Coun. Keith Egli, chair of the transportation committee. “While this report is necessarily technical, people across Ottawa will have the ability to read the documentation and make public comments at our committee meeting in September.”

“Our communities in Lowertown and Sandy Hill have had to put up with the noise, inconvenience and safety risks of heavy truck traffic for far too long,” said Rideau-Vanier Ward Coun. Mathieu Fleury. “I am pleased that we have worked with the Ontario government to get the facts. We now need to work together on actions to cut the traffic on King Edward Ave., Rideau St. and other streets in the core.”

When an NCC led study to examine new Ontario-Québec bridge options east of downtown was terminated before it was concluded, the City of Ottawa and Province of Ontario agreed to look at the technical feasibility of a tunnel to reduce the impact of heavy truck traffic on the aesthetics and liveability of downtown communities.

The study and a staff report were to be considered at city council’s transportation committee on Sept. 7.

This was a technical feasibility study and therefore public consultation was not undertaken; however, the city has released the study well in advance of the transportation committee meeting to give residents time to read the report. Visit ottawa.ca for more information and to read the report.

Further discussions with the Province of Ontario and the Government of Canada are required regarding next steps, the city says in a news release.