The organizers of a proposed privately-owned commuter rail network linking 16 eastern Ontario and western Quebec municipalities have appealed to the Canadian Transportation Agency (CTA) because they say the City of Ottawa dug up about 250 metres of federally regulated rail line as it constructs the Bayview Light Rail Transit (LRT) station.

MOOSE Consortium director general Joseph Potvin says the currently disused rail line is a vital link in the existing interprovincial rail network to the city-owned Prince of Wales Bridge connecting Ottawa and the Outaouais – which MOOSE believes is the linchpin for its commercial commuter rail concept.

MOOSE says it wants to build the rail system without any public subsidies or funding as the first new Canadian metropolitan passenger railway company in 125 years. (It has submitted its development application to the CTA and is awaiting the go-ahead decision.) MOOSE plans to earn revenue by charging fees for station stops to owners and invest in communities linked by the rail system, who would see their property values increase if the system is put into operation.

Potvin says the MOOSE concept depends on reliable enforcement of federal railway laws and regulations, which allow rail services to use tracks owned by other railway owners, and that CTA sets notification rules and limitations on corridor owners tearing up or restricting access to tracks.

MOOSE says it has provided engineering details and offered to pay the estimated $50 million costs to repair and update the Prince of Wales bridge from its own financing arrangements. This work would include the addition of pedestrian and cycling paths/walkways.

MOOSE would compensate the city (at commercial lease rates) for the usage of the city-owned rail tracks. The consortium would apply the funds that would be used to pay these lease rates to recoup its investments in the bridge upgrade.
However, the Bayview Station track issue is a different problem, Potvin says.

“MOOSE is asking the federal regulator (the CTA) to order the city to cover the ‘replacement cost’ of reconnecting the main line track that the city has instructed its contractors to dismantle without authorization from that federal regulator,” he said. “And since the city has also instructed its contractors to build a permanent barrier to interprovincial traffic and trade on the corridor, the next least cost option would be to construct a literal work-around.”

“MOOSE’s civil engineering member firm REMISZ Consulting Engineers has prepared, and MOOSE has submitted to the regulator and the city, one preliminary drawing of a possible least-cost work-around which involves two short underpasses,” he said.

Potvin says the MOOSE solution would not interfere with the construction schedule for the LRT Bayview Station. However, he is hopeful the city will accommodate some modifications to the station design to allow for efficient interconnections between the MOOSE interprovincial 400 km system and the city’s local 20 km LRT operations.

Engineer Wojciech Remisz says he anticipates “the whole damage they (the city) did by closing the track, and now have to fix, would cost between $10 and $15 million.”

Potvin said he had expected the CTA to release its decision by Sept. 21, but he received a call from Leslie Siegman, the CTA’s director, monitoring and compliance, asking for more time as “the issues are both complex and important.”

“He assured me they take the matter very seriously, and that they appreciate the urgency of getting a prompt decision,” Potvin said.

The city has been cautious in commenting on the MOOSE proposal as it fends off other requests for public access to the rail bridge, proposals to rip out the tracks and turn it into a pure pedestrian walkway/cycling path, and ideas for a light rail commuter link with Quebec.

“The city believes it is premature to be making any firm commitments at this time,” John Manconi, general manager, transportation services, said in a statement. “The city is neither supporting nor opposing the MOOSE plans and, subject to reasonable protocols and understandings being established, intends to reasonably accommodate future requests for information and meetings by MOOSE, when warranted.”

In an earlier April letter to Potvin, then acting deputy city manager John Moser wrote: “I do wish to also be clear in confirming that the city at this point considers that there is insufficient financial and technical operating backing or support for the MOOSE plan for the city to consider it anything more than a speculative venture at this stage.

“I respect your confidence, ambition and the passion you have for your plan, but the city has to act responsibly as a municipal authority according to the facts it has in deciding how much time and resources it can dedicate in responding to your various requests.”

In his letter, Moser said the city is complying with CTA regulations regarding the rail line and it “continues to retain the ORL (Ottawa River Line) corridor and rail infrastructure for future railway use.

“The city’s plans for a pedestrian and cycling pathway (including temporary removal of track) are not inconsistent with possible future railway use for the ORL corridor,” Moser wrote. “The city has considered a number of future transit alignments for the ORL corridor that take into account current developments and plans. The city has definitely not made a decision to formally or officially discontinue the ORL and is confident in the flexibility that it has in accommodating its future transit plans for this corridor – however they may evolve.” 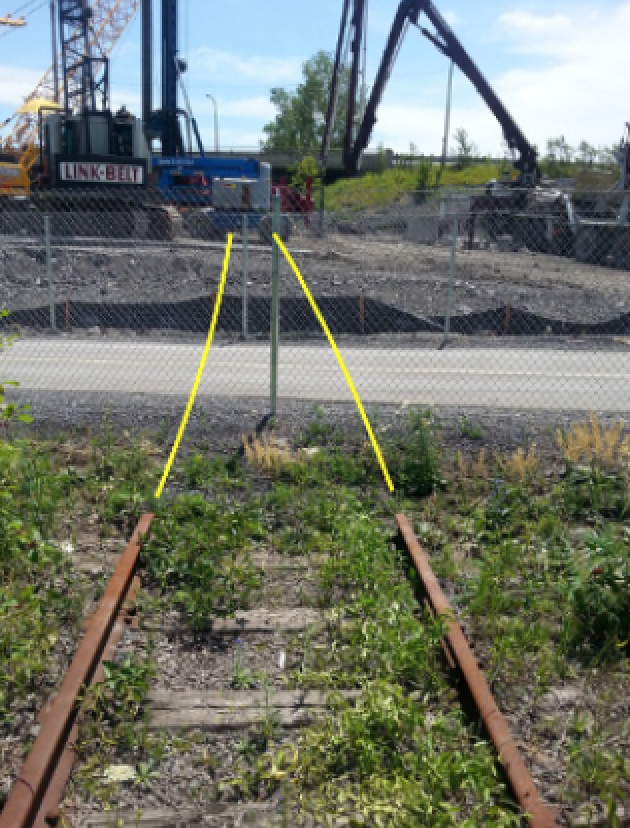 “Accordingly the city continues to be in full compliance with federal railway legislation relating to the discontinuances of railway lines and with the 2012 CTA Order regarding the confirmation of the city’s plans in its publicly filed Three Year Operating Plan,” Moser wrote.

“If you (MOOSE) continue to make incorrect or misleading public statements regarding these matters, the city’s willingness to accommodate information and meeting requests will substantially diminish and the city may feel compelled to proceed with a formal complaint to the CTA or take other actions to protect the city’s reputation against any further misleading statements,” Moser wrote in the April letter to Potvin.

Light rail project to be largest project in Ottawa’s history